What Does It Take to Act on One’s Conscience?

If you were to ask me to name a recent inspiring moment in my short career as a social justice lawyer, I’d say that it came from an unexpected place – in India, halfway around the world from New York where I work, in the remote, northeastern state of Manipur. I was in India on a Bertha Education Exchange – roughly a dozen of us, all lawyers within the Bertha network, gathered for two weeks in December to learn from each other and from our gracious hosts at the Human Rights Law Network (HRLN) about the different models of movement lawyering and the challenges we each face in our work. In Dehli, we witnessed crowds demonstrating against a recent court decision criminalizing homosexuality. In Mumbai, activists spoke to us about building a movement around a particular issue to create lasting social change.

However, in Manipur, we learned that the freedom and space to create change were not always so easy to come by. In the northeastern region of India, which includes Manipur, an emergency military law passed in 1968 remains in place. Known as the Armed Forces Special Powers Act (AFSPA), it gives the military extraordinary power to arrest and detain individuals without a warrant, as well as complete immunity from prosecution. For the past 50 years, AFSPA has been used by the military to commit unspeakable crimes against civilians, intimidate human rights activists, and suppress dissent and peaceful assembly with brutal – often lethal – force.

But even in this challenging environment we learned there are courageous and persistent acts of resistance and civil disobedience, which seemed all the more significant given the very real personal risks that were involved. Making a choice to openly oppose a military with virtually unchecked power (and that over the years has been responsible for some 20,000 civilian deaths) did not seem like an easy decision. The calculations that went into it were not ones I could readily fathom as a lawyer working in the United States. What things did one consider? The likelihood of success? The risk of harm to one’s family? How did one evaluate all the risks that were involved?

Yet among Manipuris who participated in acts of resistance, the decision seemed like a natural one. We met with human rights lawyers with HRLN who worked tirelessly, at times in the face of grave threats to their safety, to hold members of the military responsible for rape, torture, and murder. When they talked about how they first got into this work, their stories were remarkably similar: They saw some injustice and simply . . . got involved. In July of 2000, when a woman was savagely raped and then shot by men from the military, the people of Manipur responded almost immediately, and in a remarkable way.  Mothers stripped naked and chained themselves to a palace gate. Dozens of demonstrations and rallies in Manipur against AFSPA were held in the following weeks. And a 28-year-old woman named Irom Sharmila began a hunger strike in protest, vowing not to eat or drink until AFSPA was repealed.

The Bertha Fellows had a special opportunity to meet with Irom in Manipur. She is still on hunger strike, 13 years later. Irom is confined to a hospital room and force-fed by the state every day.  I asked her what motivated her to go on hunger strike, expecting her to say something about her politics. Just being a human being and seeing suffering, she replied. I asked her what motivated her to continue striking 13 years later. “My conscience,” she said. Simple. And enough.

Meeting Irom reminded me of the men still being detained at Guantánamo, whose cases I have worked on over the course of my fellowship at Center for Constitutional Rights. This past summer, many of the prisoners went on hunger strike to protest the military’s harsh treatment and their continued detention without charge for nearly 12 years. Like in Irom’s case, the government responded with force-feeding – and solitary confinement, beatings, and humiliating genital searches. But our clients continued with their strike. Their deep courage and conviction in the face of unbelievable oppression was incredible.

An act of resistance that comes at such great cost is never an easy decision to make, particularly in a place like Manipur or a prison like Guantánamo. But sometimes, when all other factors are out of one’s control, one’s conscience is the only calculation that really matters.

Our brief time in Manipur was memorable for many reasons, but mostly because it reminded me of a very small but important truth: Despite the personal sacrifices involved, the impossibly difficult political environment, the risks to safety, the lack of resources and funding, the likelihood of defeat and setback, and despite a million other barriers and logical reasons why it might not be convenient to fight the difficult fight, there is still one clear, compelling reason to just go for it.

The decision to act sometimes does not need to be terribly complicated. And for me, seeing that was inspiring. 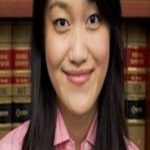 Susan Hu was a Bertha Fellow at the Centre for Constitutional Rights in New York, USA