In a packed street in Delhi’s protest zone, Jantar Mantar, my group of Bertha Fellows joined hundreds of pro-equality protestors to speak out against the re-criminalization of homosexuality in India. Although much of the event occurred in Hindi, the spirit of the message, delivered through speeches, chants, and song, was a powerful and resounding pledge to keep fighting.

The protest was in response to the Indian Supreme Court’s rejection of the Delhi High Court’s decision to overturn Indian Penal Code Section 377, India’s prohibition on homosexual acts, or as the law disturbingly labels it, “unnatural offences.”  In the aftermath of the decision, I watched Indian equality activists protest and prepare themselves for battle, both in the court of public opinion and in their personal lives, which had just grown more perilous with the stoke of a pen.  My immediate reaction was one of shock—how is it possible that this rapidly progressing nation, which had celebrated five years of “coming out” following the Delhi decision undoing the law, is suddenly expected to go back into the closet?  How could a court which so strongly espouses human rights abide life sentences for average citizens merely being themselves?

As LGBTI equality advocates across the nation have said, the homophobic law represents yet another lingering remnant of British colonization. The statute, which now once again threatens the lives of LGBTI Indians, was enacted by Britain in the 19th Century, replacing indigenous perceptions of sexuality and family with a strict prohibition.  The British Act had similar consequences in each of its colonies.  Unfortunately, this aspect of colonialism didn’t simply die with the end of the old empires; its many tentacles are alive and well and still extend into the bedrooms of millions of people around the globe.

This colonial aspect of India’s law was particularly striking to me because I know that it is happening again in other parts of the world. While those of us who support LGBTI rights in the U.S. have been celebrating the expansion of same sex marriage rights and feeling more optimistic about the outcome of the so-called “culture war”,  our opponents have been looking elsewhere.  In bold acts of social colonialism, evangelical Christians have served as persecution consultants to leaders in Africa and Eastern Europe.  Spreading their message of hate, they have contributed to marked and rapid increases in repression for LGBTI people across the globe.  My organization, the Center for Constitutional Rights, is working with Sexual Minorities Uganda to hold one of these perpetrators accountable in U.S. court, but there is much more to be done.

The protestors we found gathered at Jantar Mantar to stand up for decriminalization and equality are not alone.  Their struggle is one that is happening in courthouses, streets and secret meetings wherever this denial of basic rights is occurring.  I hope that as they continue to fight, those of us in countries that export hate will continue to stand with them, doing what we can to stop this social colonialism at its root. 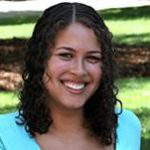 Jessica Lee was a Bertha Fellow at the Centre for Constitutional Rights in New York, USA