The Power of the People: from New York to Manipur

At the beginning of 2014, the then-newly-elected New York City Mayor and Police Commissioner, alongside Vince Warren, the Executive Director of the Center for Constitutional Rights, announced at a press conference that the City of New York would withdraw its appeal of a decision finding the New York Police Department (NYPD) had unlawfully engaged in racially profiling thousands of black and Hispanic New Yorkers. The announcement represented an enormous victory after a long and hard-fought legal battle advanced by the Center for Constitutional Rights on behalf of plaintiffs whose rights had been violated by the NYPD. As a Bertha fellow, I have helped to litigate this case during the course of my fellowship.

Without a doubt the U.S. Constitution protects against the NYPD’s practices, but for years New Yorkers languished under a mayoral administration that sought to deny the illegality of the NYPD’s practices, going so far as to justify and defend them as legitimate law enforcement tactics. In recent years, grassroots organizations, civil rights leaders, labor, faith, and legal organizations, social workers, students, teachers, and elected officials have organized against the NYPD’s practices, bringing them to broad public attention and reproach. These concerted efforts ultimately installed the current mayor, whose promise to end the NYPD’s unconstitutional activities was a central element of his campaign. The mayor has promised to work with the Center for Constitutional Rights and community members to implement the reforms ordered by the court.

The people of a remote state in India called Manipur currently suffer under an unjust law called the Armed Forces Special Powers Act (AFSPA). AFSPA grants authority to military officers serving in certain states in India to, among other practices, shoot civilians on sight and conduct arrests and searches without a warrant. AFSPA grants immunity for military officers who commit such acts, which makes holding officers to account for misconduct in civil or criminal court proceedings nearly impossible. In practice, AFSPA has permitted officers to falsely arrest, torture, disappear, and kill citizens of Manipur with impunity.

Thanks to the Bertha Foundation, last year I had the privilege of visiting Manipur. While there, I met Irom Sharmila Chanu, the world’s longest hunger striker. Irom began her hunger strike against AFSPA in 2000 after learning that a group of people waiting at a local bus stop had been gunned down by military officers acting under the authority of AFSPA. Sharmila will cease her hunger strike once AFSPA is repealed. Sharmila has been imprisoned and force-fed daily because of her protest. Her strength of will is simply the most remarkable display of courage and patience that I have ever witnessed.

I know first hand the power of a determined community. In witnessing Sharmila’s resolve as well as that of the vibrant community of lawyers and activists in Manipur who are challenging AFSPA, I was reminded of the broad coalition of actors in New York City who were able to successfully challenge the NYPD’s unconstitutional practices. Sharmila’s and other activists’ work on this issue has already brought the injustice suffered by those in remote Manipur to international prominence. I have no doubt that Sharmila’s sacrifice and the power of the determined community of activists and lawyers in Manipur will one day gain the repeal of AFSPA. 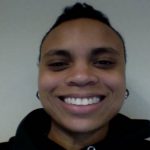 Chauniqua Young was a Bertha Fellow at the Centre for Constitutional Rights in New York, USA