A human rights lawyer and adjunct lecturer in law at the University of Sydney, Jen has acted in key free speech cases before the European and English courts for clients such as the New York Times, CNN, Bloomberg, Human Rights Watch and Global Witness. She has been a member of the legal team for Julian Assange and WikiLeaks since 2010. She is a contributing author to seminal media law texts such as The Law on Contempt (2010), Information Rights: Law and Practice (2014) and Robertson and Nichol on Media Law (2015, forthcoming), and writes for publications such as Al Jazeera English, Sydney Morning Herald and Vogue.

Jen has advised governments and NGOs on a wide range of media and international law issues and conducted international human rights missions for the International Bar Association. She serves on the Executive Committee of the Commonwealth Law Association and on the international board of Article 19, an international free speech organization. Jen is a founding member of International Lawyers for West Papua, and has spent more than a decade working with political prisoners and engaging in legal advocacy on human rights and self-determination since she first worked in West Papua in 2002.

Jen was educated at the Australian National University (LLB(Hons)/BAsian Studies) and the University of Oxford where she was a Rhodes Scholar (BCL; MPhil in Public International Law). She was named the Australian National University’s inaugural Young Alumni of the Year in 2013 and the Rhodes Project, established to monitor the lives and career trajectories of female Rhodes Scholars, lists her as one of 13 Famous Rhodes Women. 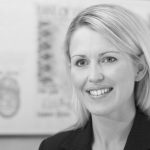 “It is fantastic to be able to build the program that I would have loved to have been part of when I finished university. Why be one human rights lawyer when you can facilitate so many more? I am continually inspired and energized by the incredible lawyers we work with and support around the world – and can’t wait to watch what our fellows go on to do in their careers.” – Jen Robinson

Ramute joined the Bertha Foundation in October 2014. Prior to this, Ramute was based in Azerbaijan, where she litigated freedom of expression and freedom of association cases before international and regional tribunals together with local human rights lawyers. She also ran a project on the implementation of judgments of the European Court for Human Rights in the South Caucasus region and has done research and consultancy work for Article 19 and the International Bar Association Human Rights Institute. Ramute has published a number of articles on human rights issues in Azerbaijan.

Before that, she worked as a Program Officer at the Human Rights House Foundation in Oslo, Norway, where she gained extensive experience working with a network of NGOs around the world, including grant-making and capacity building. Ramute has graduated from Oslo University, Law School with LL.M. in Public International Law and Master in Law from Vilnius University.

Ramute will be working directly with our Director of Legal Advocacy, Jen Robinson. 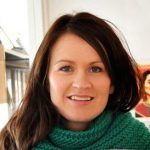 “Being a human rights lawyer, I know from my own experience how important movement lawyering is. I’m excited to be able to contribute to it through the ‘Be Just’ initiative, which is a great platform for cooperation, solidarity and support for emerging lawyers who aim to bring about social change.” – Ramute Remezaite

Sparkle Richards studied Anthropology at Goldsmiths, University of London.  She has worked with Tony Tabatznik, co-founder of Bertha Foundation, over the last 14 years, and joined Bertha in 2011.  In her role as Grants Manager, she provides support to each of the Directors of Bertha’s Activism, Social Impact Media and Legal Advocacy portfolios, helping to identify and facilitate collaborative opportunities between grantees to progress Bertha’s vision.  Within the Bertha Justice Initiative, Sparkle has worked closely with Jen as the network has developed, and cites the BJI Global Convening in Cape Town as a particular highlight during which the power of partnerships truly shone through. 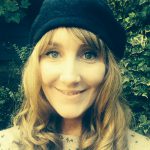 “The Bertha Justice Initiative has developed a unique and exciting space in which senior lawyers can safely strategize on how to strengthen and grow this impressive human rights network, while the Bertha Fellows build profound connections with their global comrades and gain strength in solidarity as they embark on their journey into movement lawyering with friends and mentors.” – Sparkle Richards