On 7 October, I was at the Martin Ennals Award ceremony in Geneva. My decision to nominate prominent Mexican human rights defender Alejandra Ancheita for this Award came as a result of discussions I had with her and with my colleagues at the European Center for Constitutional and Human Rights (ECCHR)  – Alejandra is a member of ECCHR’s Advisory Board – and with colleagues within the Bertha Justice Initiative, a global network of legal human rights organizations supported by the Bertha Foundation. Together, we discussed what we, as her international colleagues, could do to support her work and protect her: Alejandra has suffered death threats and a concerted campaign of vilification because of the work she has been doing with Pro DESC, a Bertha Justice Initiative partner organization, with migrants, workers and indigenous communities in Mexico. The Bertha Justice Initiative endorsed the nomination and we are all thrilled that Alejandra was selected as the 2014 Martin Ennals Laureate.

The self-proclaimed city of human rights has gone to great lengths to mark the prize giving ceremony. The serving UN High Commissioner for Human Rights, a former Swiss president, the rector of Geneva’s distinguished university and a senior city council representative have all gathered to highlight the importance of the work of human rights defenders and those nominated for the Martin Ennals Award. The organizers extended a warm and friendly welcome to nominees Adilur Rahman Khan from Bangladesh and Alejandra Ancheita from Mexico. Of course, these kind of events do tend to have a self-congratulatory element to them, which can sometimes leave a bitter aftertaste: How can the organizers and prizewinners celebrate while their colleagues elsewhere in the world face imprisonment, abuse and persecution?

But this was precisely the focus of the event. The award aims at raising the profile of a small number of courageous human rights defenders in the hope that this increased awareness will provide a certain amount of protection to the nominees. For Chinese lawyer Cao Shunli, however, these efforts came too late. In March 2014, just a few days after the announcement of her nomination for the prize, Cao Shunli died from complications resulting from her detention. She had been imprisoned for criticizing China at the United Nations.

We were shown video footage of the lawyer Adilur Rahman Khan, surrounded by police officers being led into a courtroom. He spent two months in jail in part for his criticism of the unlawful elections in Bangladesh.

Mexico, home to the prizewinner, has once again made headlines around the world after the massacre of at least 28 students in Iguala in Guerrero State. In Mexico, the extent and intensity of violence can sometimes distract attention from its underlying causes. The violence is by no means limited to the context of drug wars. It is often rooted in struggles over the land ownership, natural resources and their exploitation. These were the problems that Ancheita decided to take on in her work. Together with her organization ProDESC, she supports indigenous communities, workers and migrants in their battles with the Mexican authorities and national and multinational corporations. 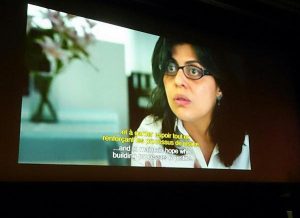 The film screened at the ceremony showed Ancheita at work, conveying her message to a group of villagers in traditional dress, fighting to secure their land rights: “that land is your entitlement, not a gift. You have every right to it and that’s what we must fight for.”

This is precisely the kind of work that has brought Ancheita to the attention of corporations and their state accomplices. Her office in Mexico City was ransacked last year and she has been on the receiving end of numerous threats. She was offered police protection, but being accompanied by police officers at every turn – a move which is purportedly for protection but of course also serves to provide information on her movements and work – was so dismal a prospect that Ancheita, like many of her colleagues, has turned down the offer.

For international organizations and for those of us here in Europe, our duty is to lend support to human rights activists under threat. The real test for Europeans, however, will be seeing how sincere the professed dedication to human rights proves to be when the complaints are directed not against China but against major corporations based here in Europe.

(This is an edited version of the original Law and Subversion blog for Zeit Online.) 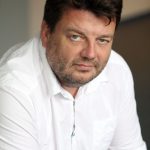