In 2011, Andrew Feinstein wrote Shadow World, a book about the global arms trade. His book inspired a documentary of the same title, which was supported by the Bertha Film Fund and the Bertha BRITDOC Connect Fund.  Featuring arms dealers, ex-military leaders, whistle-blowers, political leaders, investigators … and poets, the film delves into the shadowy recesses of the global trade in weapons, a business that counts its profits in billions and its costs in human lives.  Shadow World premiered at the Tribeca Film Festival in April 2016 before winning Best Feature Documentary at the Edinburgh International Film Festival. 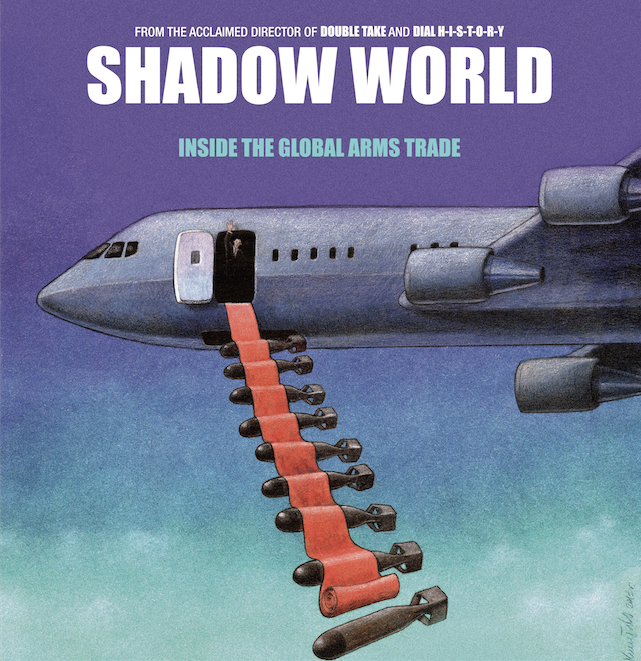 The arms trade is a unique confluence of government, intelligence agencies, the military, large weapons-making corporations, arms dealers and myriad intermediaries including major banks and lawyers. Deals, often worth tens of billions of dollars, are concluded behind a national-security-imposed veil of secrecy. These are some of the reasons why the trade accounts for around forty percent of all corruption in all world trade.

After showing the film on the east and west coasts of America, we took it to South Africa where my explorations of the arms trade had begun over 15 years before. As an African National Congress (ANC) Member of Parliament, and the ruling party’s ranking member on the main financial oversight committee, I had tried to investigate a ten billion dollar arms deal that South Africa had entered into with five European countries and their weapons companies.

Our investigations revealed that most of the equipment bought was not needed. A significant amount of it has gone unused until today. And we concluded that around three hundred million dollars of bribes had been paid on the deals to senior politicians involved in the decision-making, high-ranking military and state officials and numerous intermediaries.

The investigation was stymied by the most senior leadership of the ANC, and I was forced off the committee and then out of Parliament. In order to stop details of the corruption emerging, ANC leaders were prepared to undermine the very institutions of the country’s democracy that they had fought so hard to bring about. The country’s current President faced 783 counts of fraud, corruption and racketeering in relation to the deal. The charges were controversially dropped just before he was elected President, in a decision recently described by the South African High Court as ‘irrational’.

Crucially, the weapons were purchased at a time when the ANC government claimed that the state could not afford to provide anti-retroviral medication to the almost 6 million South Africans living with HIV or AIDS. This decision, according to a Harvard University study, resulted in the avoidable deaths of over 365,000 people.

So the arms deal remains a live, if somewhat dated, political issue in the country. As we prepared to take the film to South Africa, we were unsure how it would be received. The first screening, to a packed audience at the Encounters Film Festival in Cape Town, allayed our fears. The audience seemed stunned. During the Q&A people were visibly moved, often angry, about the way in which the arms trade not only intensifies and perpetuates conflict but also undermines democracy and the rule of law.

In order to ensure that people who cannot afford to frequent mainstream cinemas had access to the film, we screened it in a number of township venues. The first of these community screenings took place in Langa, Cape Town. This is where I had first encountered township life during the apartheid years, as a student teaching at an Adult Education Centre and playing cricket against the local club. We were anxious about whether the film, an unconventional documentary with, for instance, the poetry of Eduardo Galeano threaded through it, would be accessible to an audience whose first language is not English.

The Langa screening was organized by Bertha grantee, Encounters Festival, and Sunshine Cinema, which utilises solar powered mobile equipment to take films to communities that have little access. An important South African campaigning organisation and another Bertha grantee, Right to Know, and the University of Cape Town, partnered the event.  The Alexandra screening in Johannesburg was again supported by the Right to Know Campaign and fellow Bertha grantee, Equal Education joined us as partners to support the Khayelitsha screening further outside Cape Town as well.

These organisations outdid themselves, ensuring that the venue was jam-packed with kids from as young as three all the way up to grandmothers who had come early to guarantee a good seat. While we were waiting to start, the audience, led by these women, sang what I recognized as songs from the liberation struggle, but altered to attack the former heroes who were now sitting in Parliament.

The reaction to the film was profound: Rapt attention despite some people having literally to sit on top of each other, punctuated by shrieks of laughter, shouting at various ‘villains’ from the eponymous arms dealer to the country’s President. The Q&A was a reflection of the politicized nature of the community: dozens of questions, comments about the current state of the nation and demands that the film be taken to every township in the country.

When we eventually started packing up, well over four hours after we had started, I found myself chatting to two young men who clean Langa residents’ refuse bins in order to accumulate money to be able to show documentaries in townships around the country.

For me, as an activist, investigative writer and anti-corruption campaigner, the primary purpose in making this film was to engage with marginalised communities most affected by the arms trade and the political-economy that underpins it, and to ignite a conversation that could lead to political action against the tawdry governance they endure.

That night in Langa, where I had cut my political teeth under apartheid, I saw this become reality, at the first attempt of what I hope will be a long and intense journey of screenings in places that don’t usually have access to cinema but that are deeply affected by the trade in weapons.

So inspiring were the community screenings that we are now in the process of planning a massive roll-out of the film to townships around South Africa, which we will use to try and build a community-based coalition to oppose a trillion rand nuclear power deal that South Africa is signing with Russia, a deal that will make the arms deal look like chicken feed. 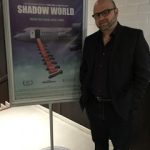 Andrew Feinstein, Executive Director, Corruption Watch UK & author of The Shadow World: Inside the Global Arms Trade and After the Party: Corruption, the ANC and South Africa’s Uncertain Future