“For the ordinary citizens of this country, it is time for your voices to be heard. This is not a time for petty differences amongst us to divide us. Our sworn enemies – and we all have our little fights in the progressive movement – can no longer be enemies. We have to form a broad, mass democratic alliance here to take on the forces of evil, and the rogues, and the thieves who want to steal our country from us,” read moderator and Chief Executive of Doc Society Jess Search at the beginning of the second “Resistance is Fertile – Storytelling, Law & Activism” panel at IDFA this past November.  South African panelist Barbara Hogan originally spoke these words at a press conference in March 2017 after the passing of her life partner and fellow anti-apartheid stalwart, Ahmed Kathrada. Hogan’s call to action was the perfect way to open the conversation, which focused on “Lessons from South Africa” and sought to highlight Bertha’s Theory of Change –  that powerful social change can happen when activists, storytellers and lawyers work together on common issues.

To help illustrate what that can look like, we brought together storyteller Aliki Saragas, activists Barbara Hogan and Tshepo Motsepe, and movement lawyer Nurina Ally.

Aliki Saragas is the director of IDFA Bertha and Bertha Film Fund-supported film Strike A Rock about two mothers and best friends who continue to fight for justice for the Marikana mining community after the 2012 massacre where police opened fire and killed 37 striking miners.  The film screened as part of the “Panorama” section at the 2017 IDFA Festival.  Tshepo Motsepe serves as the General Secretary of Bertha grantee Equal Education (EE) in Gauteng.  Equal Education is a movement of learners, parents, and teachers striving for quality and equality in South African education through analysis and activism.  Where appropriate, Equal Education uses legal interventions through its strategic partner and Bertha Justice Partner the Equal Education Law Centre (EELC) to secure learners rights, where panelist Nurina Ally is the the Executive Director.  Barbara Hogan is the first white woman that the South African apartheid regime convicted of treason. She was tortured and imprisoned as a political prisoner for more than seven years, served as the Minister of Health from 2008 to 2009 and the Minister of Public Enterprises from 2009 to 2010. She is currently chairperson of the board at the Bertha-initiated Tshisimani Centre for Activist Education.

Making common cause and building alliances

At the panel, Hogan reiterated her points about the urgency of this moment in Southern Africa and beyond, stating: “I think the space for activism is not simply a space for social justice anymore; you’re talking about survival of democracies. I don’t want it to be overdramatized, but we’re talking about the very core of the state, of the rule of law… We all have to realize that we need to get out of our circles of comfort, not that activism is ever comfortable, but we have to make common cause over strategic issues. Internationally and nationally; we can’t be picky anymore… In this period of social media, if you look at what’s happening in Burma, it can happen faster than you imagine.”

Motsepe similarly discussed the necessity of building alliances.  “We must contest power when the state is corrupt: there is a contrast between this and being an ordinary social movement; it is a different ball game…To actually contest power, we must not be talking about them but talking with them. Marching with them. Not just holding hands but really being engaged with them.  Those who are trying to make the world a terrible place aren’t sleeping. We need to genuinely go back to what Barbara and her comrades did: we must be there physically, demanding an inclusive and equitable society.”

“We have a constitutional democracy that isn’t reaching its promises. No one stopped striking: the interests that were there are still there.  We are seeing a rise of youth movements but also a rise of right movements. What does that tell us? We owe a huge deal to those who came before us: we don’t face the possibility of arrest yet.” – Nurina Ally

“Coming from a younger generation, I feel that people were sold an idea and a dream that hasn’t yet been fulfilled.  Huge youth unemployment and movements like #FeesMustFall arose. We held a screening at the University of Cape Town where even though the film has nothing to do with #FeesMustFall, the trauma of the movement came out. This is a crisis that needs to be addressed.  A history of colonialism and apartheid are still seeping into our political environment.” – Aliki Saragas

Hogan commended young activists for making use of different roles within the movement, joking that her generation was “rocks at police vans,” and advised those new to the movement to stay true to the communities they are working to enforce. “Be strategic and tactical. Tactics are how you do the work, strategy is what you want to achieve, via these little tactics. Quite often I think we as activists can get off on a tangent and leave our base behind, which you can very easily do if you fly above the people you’re supposed to be representing.”

Aliki Saragas and Tshepo Motsepe both spoke to this point by discussing how, in order to stay true to a community, the strategy of resistance needs to respond not only to crises, but to the systems that create and enable those crises.

“Marikana didn’t come out of a vacuum, it was a build up of the social conditions that the people from Marikana were facing… It came from a very specific intersection of the migrant labor system, colonialism, and mining companies that don’t comply with social labor plans.  To continue to fight those social conditions, we must build a campaign of public pressure so that the government makes sure that Lonmin complies with their social promises. We must use structures available to us and partners to build this public pressure.” – Aliki Saragas

“In 2008, before EE became a social movement, we had the idea of putting out research in South Africa; everyone was writing papers. Everyone was writing about how the biggest form of oppression was Bantu education, making note of a school that had 800 broken windows.  The organizers could have fundraised for these windows to be fixed. But they wanted to go deeper – why would everyone accept such a state of affairs? Township schools do not have the type of support in terms of maintenance and construction support from the state. Township black schools were in the same state as they were under apartheid.  During the Mandela years, even with everything else being ‘perfect,’ you still haden’t figured out how to improve the education system.  You need people to advocate for improving the education system (not just the broken windows).” – Tshepo Motsepe

Making use of different tools

In 2014, Equal Education conducted a report on the number of young people that walk to school.  Figures said close to two million people walk to school between 10 and 20 kilometers, mostly from the KwaZulu-Natal rural province. The short advocacy video, Walking to Learn: Siphilele’s Journey was screened for the audience and EE spoke about how this use of media helped EE and EELC in their court win which secured public transport for 12 schools.

“We knew that this would be a continued struggle: the law was one component of that but we needed other tools. This film was to be an advocacy tool for Equalizers to tell their story and show that it’s really them who are taking this campaign forward.  They wanted to project this film on the side of a building to show that this is the situation we’re in and you’re not responding to us. They went through all the legal processes that you’re supposed to go through. On the day, the police came in, immediately stopped the screening, and threatened to shoot the equalizers with rubber bullets. This film thus became a subversive act even though it was just supposed to be this story. The police settled in court, but the fallout from the repression they did created a PR nightmare for them. We’re demanding a public apology for their unlawful suppression of protest.” – Nurina Ally

Aliki Saragas similarly spoke about the importance of storytellers to work with activists and lawyers on their impact campaigns, “We are seeing a growth of impact producing in South Africa now.  With Miners Shot Down, Anita Khanna set the bar high, but we still don’t have enough impact producers or films, and we must challenge ourselves to link up coalitions, organizations, and foundations more.  On our film, we are partnering with the Centre for Applied Legal Studies (CALS) on community based impact screenings, where 10 mining communities will come to watch the film and get a toolkit on what their social labor plan is and what their rights are. We need CALS to be able to do that. We are also conducting organizational feminist workshops and we really need the help of these organizations. The impact documentary community is definitely growing but it would be nice to see more of it, have more forums like this, outlets and partnerships so we know what’s out there and what’s possible.”

Saragas also pointed audience members to an article by Firelight Media’s Sonya Childress about going beyond the empathy machine to build solidarity. The call for changemakers to educate themselves and understand more deeply what solidarity on behalf of social justice looks like was echoed by Barbara Hogan: “Earlier generations of activists had an ideology: we all hated apartheid and in a way the world was quite straightforward. We kind of accepted intersectionality between class and race, (gender wasn’t on the agenda in those days). I think in these days it’s much harder to seek out those on the same page because it’s not those easy signals like, ‘I read Marx;’ but also there’s not a discourse on what social justice means at this point.  What beyond that binds us? What we learned is that you do have to have a long term, strategic,  almost theoretical understanding of where you’re going.  You must engage intellectually with some of the great issues of the day as the work is not just organizational. Don’t be lazy.”

Tshepo Motsepe brought it all home when he provoked audience members with the question, “What is the long term strategy? Activists are afraid to say this but we need to start saying it. We want power: how do we access power, and how do we have control over how it is exercised? We must make sure that our work is in defense of the minority, not to protect those on the right side of power, and we don’t want to conflate power and money. This is where global alliances are important – not only localized institutions, but overall we are starting to understand the relationship between politics and private sector and see wins from this understanding.”

Bringing it all together

At the end of the panel, Jess Search brilliantly summarized what came out over the course of the conversation: “The future is intergenerational. We will report to 16-year-olds.  It will be organized with political theory.  It will not be lazy or comprised of petty alliances.  It will include storytellers and lawyers who know when to step in and when to step back.  It will be a mass movement with power,” to which the audience responded with their feedback cards: a resounding “YES.” 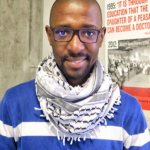 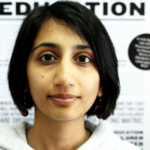 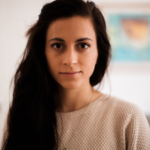 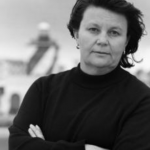