Women in Pakistan continue with their struggle to break through the glass ceiling. But ongoing and systematic discrimination continues to make it difficult for women to utilize our potential to the fullest and live our dreams. Yet another manifestation of this widespread gender discrimination was the recent decision taken by the Pakistan Medical and Dental Council (PMDC) to fix gender quotas at 50% for male and female students, as opposed to admission being based on merit. The decision, taken on 18 September 2014 – after prospective students sat the MCAT exam in August – was not only discriminatory, it was arbitrary and unfair: students had a reasonable expectation that the rules governing the admissions process which were in operation when they commenced that process should apply.

This decision has ignited a debate, eliciting responses that are both in favor of and against this decision. Proponents argue that the measure is necessary in light of the scarcity of doctors in Pakistan to ensure the sustainability of the profession: women currently account for approximately 70% of the total seats on an open merit system, but only a small number actually pursue the medical profession after completion of their education. Since a large amount of public funds are allocated to education for the profession, they argue that fixing gender quotas will ensure those resources address the current doctor shortage: more men will be trained and, therefore, there will be more doctors in medical practice. This line of reasoning is ethically, morally, legally, constitutionally, theoretically and politically wrong and will have grave ramifications for women’s empowerment. The reasons for the low numbers of women working in the medical profession include marriage, children, and the lack of consent of husbands, in-laws and other family members, particularly when it comes to women belonging to joint family households where everyone in the extended family has a say in their life decisions. There are many social and cultural constraints in Pakistan, a highly patriarchical and conservative society, where women are expected to stay within the four corners of their house. These social expectations make the pursuit of a professional career difficult. Furthermore, women living in remote areas do not have access to the opportunities or infrastructure needed to pursue their profession. Pakistan should address these underlying problems that cause the high attrition rates among women doctors, rather than restricting opportunities for women to be trained as doctors in the first place.

It was in this context that the Foundation for Fundamental Rights (FFR) filed a public interest litigation challenging the PMDC decision before the Islamabad High Court. I was able to draft and be part of this litigation along with my fellow lawyers at FFR, thanks to the Bertha fellowship that enables young lawyers like me to become human rights defenders and pursue legal action against such arbitrary executive powers. The case has been admitted by the Islamabad High Court and is pending detailed arguments on the legality of the PMDC decision under the Pakistani constitution.

Not only is this decision wrong as a matter of policy, it is wrong as a matter of law. The decision is contrary to Pakistan’s non-discrimination obligations under both the Constitution and the international obligations flowing from Pakistan’s ratification of the Convention on the Elimination of Discrimination Against Women (CEDAW) on 12 March 1996. Article 25 of the Constitution of the Islamic Republic of Pakistan contains a non-discrimination clause: “all citizens are equal before law and are entitled to equal protection of law” and “there shall be no discrimination on the basis of sex”. Article 25 (3) even contemplates affirmative action for women, providing that “nothing in this Article shall prevent the State from making any special provision for the protection of women and children.” The State is under an obligation to prevent any discrimination in educational institutions receiving aid from public revenue under Article 22 of the Constitution, which also enables public authorities to make provision for the advancement of any socially or educationally disadvantaged class of citizens. Article 37 (c) requires the State to make technical and professional education generally available and higher education equally accessible to all on the basis of merit. So the PMDC’s decision contravenes both the letter and spirit of the Constitution, which requires not just the promotion of meritocracy but also encourages affirmative action be taken to benefit marginalized and vulnerable groups in society, including women.

Similarly, CEDAW obliges Pakistan to affirm its international commitment towards the preservation and protection of women rights and the elimination of all kinds of discrimination against women. Like Pakistan’s Constitution, CEDAW encourages the use of special temporary measures as a means of affirmative action to reverse gender discrimination under Article 4. The emphasis is on substantive (de facto) rather than formal (de jure) equality. Article 10 provides specifically for non-discrimination in educational institutions and Article 14 requires state parties to provide additional assistance to the rural women who are at a double disadvantage by virtue of their gender and poverty of resources and opportunities.

Given Pakistan’s obligation under its own Constitution and under CEDAW, this decision by the PMDC to fix gender quotas and put hard-working women medical students at a disadvantage is unconstitutional and contrary to Pakistan’s international obligations. This decision is a retrogressive measure, acting as affirmative action in favor of men to the detriment of women, which is the complete opposite of the affirmative action measures envisioned by these laws and hence a gross and flagrant breach of the legal provisions on non-discrimination.

Further, the gender quota decision is not in the interests of the medical profession. The future of a huge number of women students is being jeopardized by a mere assumption: that, despite being the better student, she may or may not choose to become a practicing doctor on the basis of the current statistics about the number of practicing women doctors versus degree-holding housewives. This is unfairly limiting for aspiring women doctors. What about the women who obtain the necessary results for admission and who have every intention of entering the profession but will be prevented from doing so by the gender quota? The quality of the profession would suffer by giving precedence to less competent male doctors over more competent female doctors.

What about the women who choose to take significant breaks from the profession due to child-rearing responsibilities? She should be supported to make that choice. What about the women who do not pursue the profession because of marriage and child-rearing responsibilities, but then get divorced or widowed, and have to become economically independent? Education is a form of empowerment, which is intrinsically valuable to every person’s development and provides skills and abilities that may be brought into use in times of adversity which no one can foresee. It is unfair to become the architects of others’ future on the basis of conjecture: no one can foresee what the future holds.

Even if women choose not to practice medicine, it is at their discretion and they cannot and should not be deprived of an equal opportunity to get into medical college on the basis of merit. What about the male doctors who, after completing medical degrees from Pakistan, move abroad: are they not a drain on state revenue? While some women may not be able to pursue the medical profession, they contribute to family life and society by raising children. They should not be penalized for this potential future choice.

Ultimately, we should not add to gender inequality by preemptively preventing women from training to because we are worried that they will not end up practicing. Instead, we should focus on improving gender equality within Pakistani society and removing the many barriers, which prevent qualified women medical students from practicing medicine in the long-term. 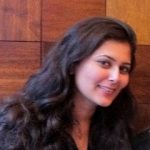