At 5:00am, under the still-dark sky, a young learner struggles out of bed. He fetches water for his family, milks cows, and leads cattle to grazing fields, then embarks on a long and treacherous journey to reach his school. He crosses rivers, jumping from rock to rock in the absence of a bridge, walks over mountains and through forests that are home to dangerous snakes and rough terrain, and in a lightning storm desperately seeks shelter at strangers’ houses. After a trip of more than an hour, he arrives at school wet, tired and hungry, and must attempt to concentrate for a full day’s schooling before making the return journey home.

This struggle for education is no anomaly. This is the reality for many children in KwaZulu-Natal (KZN), where more than 200,000 learners walk more than two hours to travel to and from school every day. Indeed, in South Africa as a whole, more than half a million learners walk for more than an hour to school every day, with a further 2 million learners walking between 30 minutes to 1 hour. In 2009, the South African Department of Transport published the “Final Draft National Scholar Transport Policy” to attempt to rectify this injustice. Five years later, the draft policy has been reworked, however it is yet to be finally promulgated and the plight of learners continues. KZN adopted its own policy in March 2013, which draws upon the draft 2009 national policy. However, one of the most troubling aspects of this policy is the fact that it assigns quotas to each of the education districts in KZN, meaning that many learners who would be eligible for scholar transport do not receive it. Further, even this imperfect policy has not been implemented sufficiently. For example, KZN currently has the most learners walking to school in South Africa, yet it spends the least amount of money annually on Scholar Transport.

In November of 2014, two Bertha grantees, Equal Education (EE) and the Equal Education Law Centre (EELC) visited Nqutu, a rural region of KZN which is emblematic of this educational crisis. The EELC and EE are seeking to assist these schools to obtain scholar transport. Knowing this requires a multi-faceted approach, EE and the EELC are engaging both the provincial and national departments of transport and education. The EELC and EE are advocating for and will potentially litigate in order to secure scholar transport for these learners. At the national level it is imperative we continue to advocate for a National Policy in order to set uniform standards to ensure the learners of South Africa are able to access education.

The Umzinyathi Education District, of which Nquthu is a part, consists of 506 Schools and it only has the ability to provide transport to 15 schools. Further, because there are so few buses, some schools receive bicycles, which provide no protection against the elements. The purpose of our trip was to interview principals on how a lack of scholar transport impacted on the effective running of their schools, as well as to speak with learners directly to ascertain the impact of these journeys.

This trip allowed us to gain a valuable insight into the harsh reality suffered every day by these learners. The consequences of the government failing to provide a workable learner transport system have obvious far-reaching ramifications not only from an educational perspective but also with regard to safety and environmental issues. This became bleakly apparent when conducting interviews.

Nquthu is just a few hours away from the biggest city in KZN, Durban, but the stark difference in both scenery and development of infrastructure was immediately obvious. Nquthu is situated in a dramatic location dominated by mountains, forests and rivers. With a lack of safe and maintained roads and a severely underdeveloped scholar transport policy, the true enjoyment of their constitutional right to education remains a distant dream for some learners. For many learners the long journey is taxing and means a return journey of more than 30km every day. Making such a journey impacts the learners profoundly, as they are unable to concentrate in class, falling asleep and forcing teachers to constantly repeat themselves. During KZN’s notorious summer rains and lightning storms, attendance rates drop exponentially. Extra catch-up classes are an untenable solution, as learners have to make the return trip home and cannot remain at school past school hours.

Speaking to the learners and principals and hearing their stories was a very sobering experience. These stories showed us the horrific effects the lack of scholar transport is having on these communities from more than just an educational standpoint. Whilst on his way to school a teacher drowned after trying to cross a bridge over a rushing river. A learner also spoke of how she saw a primary school child drown in the river on her way to school. Unable to help, all she could do was watch. Upon seeing the terrain that learners must traverse daily, one could imagine the difficulties faced and the terror at attempting to cross bridges in such treacherous conditions.

However, environmental factors are not the only dangers faced by students. The harrowing experience of a female learner was shared with EELC. After she had been walking home for almost an hour, a man attacked her. She was choked and then raped continually for an hour, and then had to walk an additional hour home to get help. With an effective transport system, this learner would never have had to undergo such a physically and mentally traumatic experience. Currently, she continues to make the journey to and from school on foot, putting herself in further potential danger. It became evident to us that these learners were battling extremely perilous situations every day, which no learner should have to do to pursue their right to education.

The responsibility to provide scholar transport in KZN currently resides with both the Provincial departments of Basic Education and Transport (PDBE and PDOT). However, our interviews with principals showed the apparent apathy of these departments when trying to obtain assistance for their learners. One principal’s immense frustration could be sensed as he spoke of religiously submitting all applications and paperwork but never receiving any response.

Our expedition to Nquthu was an extraordinarily humbling experience, which served to greatly extend our understanding of the predicament of many learners across South Africa. The conditions under which these learners are travelling to school are unacceptable, and a National Policy on Scholar Transport is vital to combat this injustice. Equal Education and the Equal Education Law Centre are working hard to achieve this. 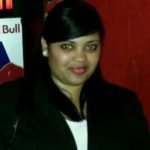 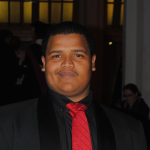 Attorney and Bertha Fellow at EELC

We use cookies on our website to give you the most relevant experience by remembering your preferences and repeat visits. By clicking “Accept”, you consent to the use of ALL the cookies.
Do not sell my personal information.
Cookie SettingsAccept
Manage consent