She: made some decent points, but came off as aggressive and that’s annoying. She’s hot, though.

He: kept calm, made compelling arguments, being his usual assertive and confident self. Smart guy.

This is a common perspective, especially in the male-dominated legal profession, and a symptom of how our judgment is deeply affected by gender roles and gender conformity. Mix that with institutionalized racism, oppressive class systems and the dictates of capitalist structures, and decide how to move forward. Do you try to get by and adapt to this environment, or do you fight it?

When Isha, 24, goes to a virtually all-male court of law in a rural conflict zone in India to represent the rights of her indigenous female client, who is a victim of rape by state officials, she is fighting all those oppressive structures together at the same time and at their very core. When Nomzamo, 30, as a black South African, mother of four, human rights lawyer for hundreds, gets brutally arrested and locked up by Johannesburg police for assisting the implementation of an order by the  Constitutional Court in favor of informal traders, she is not just criminalized for upholding the rule of law – she is challenging the status quo.

Meet Isha, Nomzamo, and a dozen more unique women movement lawyers that we at the European Center for Constitutional and Human Rights (ECCHR) hosted last October in Berlin to create a Women’s Working Group within the Bertha Justice Initiative. Antarctica was the only continent not represented. With his film, ECCHR alumnus and filmmaker Christopher Patz lets us into these lawyers’ minds and hearts. Learn how they live and understand feminism, apply it in their work, and align it with their political vision.

It is when we understand the importance of intersectionality – the fact that various systems of oppression are simultaneously in place, and not just patriarchy alone – that we can draw important connections between issues that are often treated as separate, and therefore harder to fight. Despite the diversity of these women’s backgrounds, we witness an extraordinary common understanding of how gender-based oppression affects us, albeit in different forms and levels of intensity. Sharing our different experiences helps us to understand how gender discrimination is actively fed by other systems of oppression. This realization should give rise to solidarity and can lead to a more efficient way of conducting our human rights work for social change.

Historically, March 8 International Women’s Day emerged from labor movements in support of the rights of women factory workers: this day is a great excuse to watch young, active women human rights defenders challenge the status quo and give us reason to hope for deeper social change in the future. 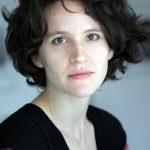