The Struggle to Change the Apartheid State

Khayelitsha in Cape Town is one of the most dangerous places in South Africa. In Khayelitsha at least one person is murdered, two people are raped, and almost five assaults with intent to inflict grievous bodily harm occur every day.

Led by the Social Justice Coalition (SJC), social movements based in Khayelitsha such as Treatment Action Campaign (TAC), Equal Education (EE) and Free Gender, supported by Ndifuna Ukwazi (NU) and Triangle Project pressured the Western Cape government into establishing the Commission. Campaigns relating to individual cases of police inefficiency experienced by TAC, SJC, EE and Free Gender members and their families were drawn together into a united campaign.

The Commission represents a crucial moment in South Africa of changing the Apartheid state, especially the police. It is providing a way to effect long term, systemic change in the criminal justice system, particularly in poor and working class areas.

This outcome was the result of a variety of strategies, including research, education, and public and legal advocacy. Our attorneys came from the Legal Resources Centre and we were fortunate to work with some of the best advocates in the country. Most importantly, it was led by the communities of Khayelitsha. The movement lawyering approach was key to the establishment and success of the Commission. The Bertha Foundation provided substantial support to the SJC for the legal advocacy in the court cases and the Commission.

Changing the police in South Africa

The Commission opened the vaults of secrecy by accessing more than 50 000 pages of South African Police Service (SAPS) Khayelitsha documents now contained in a public electronic database. Between January and May 2014, the Commission heard evidence, at times harrowing, from more than 100 people.

The community of Khayelitsha and the members of our organisations were given a sense of their own power when SAPS officials from local Station Commanders to SAPS National Management and the Provincial Commissioner had to give evidence in public, account for their failures and face rigorous cross-examination.

These public sittings followed an attempt by the National Minister of Police to stop the commission – he lost in both the Western Cape High Court and then in the South African Constitutional Court in 2013.

NU & SJC led the team, which gave instructions to our legal team. NU researched the legal framework for the initial complaint to the Premier and helped frame the context for a Commission of Inquiry.  NU also guided SJC and EE in gathering more than seventy community affidavits and data on the levels of crime in Khayelitsha, systemic problems with the police and the specific needs of vulnerable people, particularly refugees, asylum-seekers and immigrants as well as the LGBTI community.

One of the key lessons is to choose the best lawyers who are also humble and prepared to learn from their clients.  Our organisations were privileged to be served by one of the best legal teams during the Commission.

The final report of the Commission stated it in this way:

‘One of the questions that has most troubled the Commission is how a system of human resource allocation that appears to be systematically biased against poor black communities could have survived twenty-years into our post-apartheid democracy. In the view of the Commission, the survival of this system is evidence of a failure of governance and oversight in every sphere of government.’ (p.394)

The Commission set a deadline for permanent change (p.450) for this “unconscionable state of affairs”. The realisation of this goal will mean that our organisations will have achieved radical change in less than five years in a process that has eluded the government for more than two decades.

Towards participatory government and accountable police

The recommendations of the Commission – released in its final report on 25 August 2014 – are far-reaching and both practical and system-changing. As we work now on ensuring the implementation of its recommendations, it is clear that the Commission radically altered the nature of participatory government in the sphere of safety, policing, and justice. Its recommendations require participation in areas such as school safety, provision of adequate street lighting and gang prevention.

Following the Commission, SAPS at the local level has taken the initiative in setting up a Joint Forum. The Joint Forum brings together provincial and city government departments with SAPS as well as a range of community bodies. As one of the first forums of its kind, it is charting a new way for participation in fixing the police. It is initiating interventions to address safety for women and children; youth and gangs; road safety; vigilantism; drug abuse; and alcohol regulation.

For SJC, the new phase in 2015 moves from public campaigns, marches, and litigation to one of greater partnership and cooperation. This is an extremely positive outcome of the Commission, but will depend on whether the National Minister of Police acts on the Commission recommendations. So far he has not responded to the Commission’s report.

Remedying more than 350 years of police inefficiency, mismanagement, brutality and incompetence will be the work of more than another decade. Now, the legal foundation has been created for working with government to address the police service and work towards ensuring that people enjoy the rights to life, security, and dignity. The police in South Africa, like many other parts of the state, are a legacy of Apartheid. Now, the groundwork has been laid to change it. 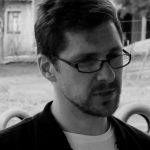