In the last week of September, the United Nations Human Rights Council convened a panel to discuss the use of armed drones (remotely piloted aircraft) in counter-terrorism and military operations in accordance with international law. I was invited to speak as an expert on the panel – to act as the voice of the civilian victims from Pakistan who have not had a place at a forum like this in the past 10 years. The US drone program amounts to the largest extra judicial killing program in recent history, having killed over 3700 people in 391 strikes including over 200 children. Civilian victims of drone strikes in Pakistan have been protesting, bringing lawsuits and raising their voice for several years in an attempt to bring their plight to their world stage. Victims brought criminal charges against CIA agents in Pakistan for their role in drone strikes – but they eventually fled the country fearing criminal prosecution. The litigation bore some fruit last year: the High Court in Peshawar declared US led drone strikes in Pakistan a clear violation of international laws and violation of right to life of Pakistani citizens guaranteed under the Constitution of Pakistan and International Covenant on Civil and Political Rights (ICCPR). The same judgment compelled the otherwise compliant Pakistani state to press its case on drones in international forums like the UN.

Ben Emmerson QC, UN Special Rapporteur on human rights and counter-terrorism, also sat on the panel. Emmerson had submitted his report on use of armed drones to the Council earlier this year – and my organization, Foundation for Fundamental Rights (FFR), had contributed to his findings by presenting its investigation of a large of number of strikes that killed civilians. While commenting on use of armed drones Emmerson said ‘it was difficult to justify the use of lethal force in such situations because there had to be proof of imminent threat’.  Reacting to comments made by some state delegations (including the US) that the Human Rights Council was not appropriate forum to discuss the effect of armed drones on human rights, Emmerson said that the Council was the primary institution looking at human rights and, as such, it also regulated the use of armed drones outside of the armed conflict context. The Council’s jurisdiction emanated from the fact that the real issue of the panel discussion was targeted killings and the right to life.

The Deputy High Commissioner for Human Rights Ms. Flavia Pansieri underlined that the right to life placed stringent conditions on the use of lethal force and referred to the human rights impact on the use of drones. In spite of precision claims, the use of armed drones created an atmosphere of fear in the affected communities and had a negative effect in the everyday life of the affected population.

Pardiss Kabriaei, an attorney with another Bertha network partner organization Center for Constitutional Rights (CCR), said, in commenting on the lack of justice for the victims of such drone strikes, ‘When courts deferred those kinds of arguments, the effect was to leave victims alleging the most fundamental violations unable to even be heard in court and quite hopeless about the possibility of any justice’.

In response to questions put to me, and in response to US argument of pre-emptive use of force in self-defence, I emphasized that a state cannot use deadly force merely because capture is not feasible. To assert pre-emptive self-defence, the US must show the individual in question poses an imminent threat to human life. My experience in Pakistan shows that drones are not being used to counter imminent threats, nor are they being used in situations where there are no other alternatives. To the contrary, the cases we have documented show that too often the victims of drone strikes pose no threat at all.

Take, for example, Tariq Aziz, a shy teenager who wanted to help document the effect of drone strikes on his community. Just 72 hours before his death by drone, he was in Islamabad attending a conference with families of drone strike victims. The attendees at the conference included a number of Western and Pakistani officials. Yet, three days after returning home, Tariq and his younger cousin, Waheed, were blown up by a drone as they drove to pick up their aunt from her house.

Tariq’s case is not unique, we have documented dozens of strikes in North Waziristan like this, where there is absolutely no evidence that the individuals killed posed an imminent threat to anyone or any state. The obligation in these cases is not upon these dead individuals to prove they posed no threat. The obligation is upon the state firing the armed drone to show that their use of force was necessary.

The whole idea of necessity and proportionate use of force becomes blurred when we witness signature strikes where people are killed on mere suspicion. On 17 March 2011 more than 40 people were killed while they gathered in a public place to attend a tribal elders meeting to resolve a dispute. Not a single named militant was killed.

On 30 October 2006 in Chanegai, Bajaur Agency a local Madressa was attacked with hellfire missiles killing over 80 young children, all below the age of 17, the youngest being 7 years of age. No named militant was killed.

On 8 July 2009 in Karwan Manza in South Waziristan a local funeral was targeted, killing almost 80 attendees. Again, no named militant was killed.

The right to life is the most fundamental right of all human rights. And the rule of law is our most precious form of governance. The current use of armed drones in Pakistan threatens and undermines both.

Seeking redress or a remedy through the UN and its complex and slow system is a strenuous process. It is even harder to then explain to my clients that, despite all fancy sessions and talks about grave injustice been done to them, they will still have to wait for a long time before they get any form of justice. The Office of the High Commissioner on Human Rights will submit its report on the discussion at the panel to the Human Rights Council’s 28th regular session in early 2015.

In the meantime, we continue knocking at the door of courts in Pakistan for justice for victims of drone strikes. 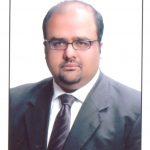 Director and Founder of the Foundation for Fundamental Rights