To reach the remote village where Jean—a cholera survivor who is one of our clients—is an elected community leader, one must drive past the small town of Meille, a vivid reminder of the events that connected Jean with the Bureau des Avocats Internationaux (BAI) in the first place. The UN Stabilization Mission in Haiti (MINUSTAH) maintains a base perched on a stream that flows through Meille into Haiti’s largest river, and the town was thrown into the international spotlight in 2010 when cholera-contaminated human waste was discharged from the base into the river, triggering a deadly cholera outbreak.

BAI’s Managing Attorney Mario Joseph, Bertha Fellow Clifford Chery and I met with Jean late this summer, to strategize about justice for the cholera victims. The BAI and the U.S.-based Institute for Justice & Democracy in Haiti (IJDH)—where I work– had filed an internal claim with the UN. When that was rejected, we filed a lawsuit in U.S. courts. Our meeting was an opportunity to develop the connections between the legal efforts in the U.S. and the local organizing strategies, and we discussed how Jean could mobilize his community in rural Haiti to turn out for demonstrations to keep pressure on the UN.

Just before our visit with Jean, the UN Secretary-General had made his first trip to Haiti since the introduction of cholera, and publicly admitted the UN’s moral responsibility to respond to the epidemic. The fact that he visited at all—almost four years after the outbreak– is a testament to the continuing pressure being put on the UN in Haiti and abroad.

But the Secretary- General’s statement wasn’t followed by action, and the UN continues to refuse compensation. The UN announced a plan for cholera elimination, but three years after its launch the program is only 10% funded. For Jean, Ban’s visit highlighted the fact that Haiti’s cholera epidemic was a transnational injustice, and needed an organized and more visible transnational response.

Since 2010, dozens of epidemiologists and geneticists–including the UN’s own panel of experts– have concluded that UN Peacekeepers caused what has become the world’s worst cholera epidemic. 8,600 people have died since 2010, and over 710,000 people — or 7% of Haiti’s population — have become sick.

Jean is one of 5,000 people who worked with the BAI and IJDH to file claims with the UN in November 2011, seeking compensation, investment in clean water and sanitation infrastructure, and an acknowledgement of UN responsibility. When the UN refused to receive those claims, after fifteen months of review, BAI and IJDH got to work on the U.S. case, which was filed in October 2013.

In the meantime, BAI, IJDH and their partners nurtured what we call the Cholera Justice Network (CJN), a worldwide collaboration applying pressure on the UN to respond justly to its responsibility for the cholera epidemic.

A Bertha Impact Opportunity grant allowed us to engage a grassroots organizer who built support within the Haitian communities in the U.S. and Canada, and promoted the network in Haitian-American media. The CJN integrates a broad range of participants, including grassroots groups, solidarity organizations, human rights groups, political leaders, journalists and scholars. It features a range of relationships too: some participants work daily and systematically with the network, others do not even consider themselves part of the movement. But collectively the network has applied substantial pressure. From all corners of the world, international media, government officials, and the general public clamored for improved UN accountability and remedies. Over 100 members of U.S. Congress signed on to letters urging the UN to respond justly to the claims.

Filmmakers, including the New Media Advocacy Project and Al Jazeera Faultlines, produced award-winning films about the efforts to seek justice that were in turn used to spread awareness.In the streets of Haiti, the movement has generated demonstrations numbering in the thousands, against both the UN and the Haitian government, which refuses to call for the UN to take responsibility.

The UN’s refusal to accept the original complaints is difficult to reconcile with its well-established obligations to settle claims filed against it out of court, let alone its fundamental purposes of promoting human rights, equality and justice around the world. To Haitian witnesses to persistent MINUSTAH impunity for human rights violations, especially sexual assault, the UN’s response was not a large surprise. But it drove home the point that we had to continue to organize to secure accountability, both in Haiti and in countries where decisions about Haitians’ rights are made.

In October—the fourth anniversary of the outbreak—the case in U.S. Courts took an important step towards justice. After months of briefing on whether the UN enjoys immunity from suit, the Court held a hearing on the question.

The precise legal question before the court is whether the UN can enjoy immunity from suit even when it has breached its reciprocal obligations under the treaties that grant that immunity to submit to alternative dispute resolution. It is a question never before litigated in U.S. courts, and one that has the potential to transform judicial protection of the right to a remedy.

By all accounts, the hearing was remarkable. The courtroom was packed with over 100 supporters from across the United States, Haiti and other countries, reflecting the growing movement for justice. Haitian-American activists, journalists, former UN officers, and advocates from the Center for Constitutional Rights (CCR), another Bertha Justice Inititive partner, and other partners in the human rights struggle turned out to bear witness to the arguments and support the plaintiffs.

Three groups argued as amicus curiae in support of plaintiffs: Haitian-American lawyers, international law experts, and European law scholars and practitioners — the European experts organized with the support of Bertha partner, the European Center for Constitutional & Human Rights (ECCHR). The UN itself did not appear, relying instead on the US Government to argue that UN immunity is absolute and unconditional. In Haiti, victims and grassroots activists responded to the US position by organizing a peaceful demonstration outside the US Embassy on the day of the hearing.

If the cholera victims prevail, the case will establish that immunity cannot equate to impunity, and secure remedies for the victims. The decision is still pending at the time of this writing.

Ultimately, the fight for justice will be won through a combination of advocacy in the courts and in the streets. By leveraging the legal work and organizing for justice in Haiti, and bringing the fight to the international stage through litigation and advocacy, BAI, IJDH and our clients are able to keep up a relentless fight for justice that four years ago no one at the UN anticipated. If they had, surely they would have responded more justly from the start. 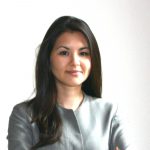 Beatrice Lindstrom is a Staff Attorney at the Institute for Justice & Democracy in Haiti, where she leads the cholera case work, and a former Law Fellow at the Bureau des Avocats Internationaux, where she helped prepare the original cholera complaints.