The Story of ERI

Twenty years ago, two dedicated young law students met an exiled human rights activist in the jungle of Burma (Myanmar). All around them, villages burned and people fled, forced out by violence at the hands of the Burmese military, acting in the interests of an American oil company. There, sparked by a common understanding of the deeply intertwined relationship between people and their environment, the story of EarthRights International began.

Ka Hsaw Wa, a young man from the Karen ethnic minority who at 18 had been jailed and tortured by the Burmese government, gathered a small team of local human rights investigators. One by one, they sat down with villagers who had experienced or witnessed human rights abuses at the hands of the military. 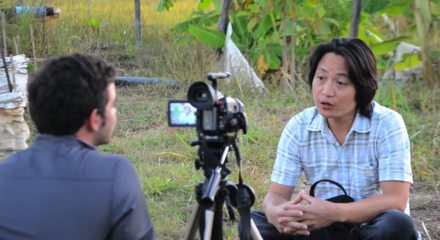 Using pencils, small notebooks, tape recorders, and disposable cameras, they collected first-hand testimonies from hundreds of victims and witnesses who lived in the pipeline corridor, or who had fled to the Thai border to escape the abuse. The evidence confirmed what the local villagers had known since the companies first arrived in their lands: the human rights abuses that they were experiencing were directly connected to the pipeline, and to the foreign companies that were building it.

While Ka Hsaw Wa and his team documented human rights violations, Katie Redford and Tyler Giannini pored over their law school textbooks in the U.S. seeking a legal route to end the pipeline abuses.  Their professors told them that there was no solution: corporations were only subject to the laws of the land in which they were operating. Unocal—and indeed every multinational corporation operating outside its home jurisdiction – was above the law. The people of Burma were paying the price for a huge international legal loophole.

On one side of the planet, the people in the pipeline region worried to Ka HSaw Wa that nobody would listen to their stories.  On the other side of the world, legal experts told Katie and Tyler that they couldn’t sue an oil company for human rights abuses. Together, the three of them responded: “You say that because nobody ever has.”

“You say that because nobody ever has”

Together, they set out to do the impossible, and EarthRights International was born. The stories that Ka Hsaw Wa collected together with Katie and Tyler’s “crazy” legal theories became the basis of the groundbreaking lawsuit Doe v. Unocal, the David and Goliath battle that made legal history and changed the landscape of corporate accountability and human rights forever. 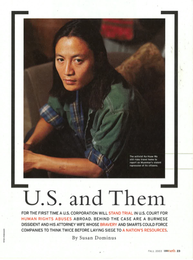 The values that drove Ka Hsaw Wa, Katie, and Tyler 20 years ago are the same values that are the driving force behind the 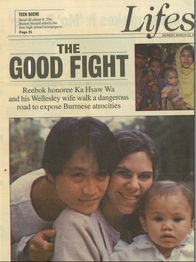 campaigners, lawyers, educators, and incredible community of supporters that define the earth rights movement today. From a single-room, one-computer office in Thailand, EarthRights International has expanded its global reach to include a team of sixty worldwide with offices in Washington D.C., Thailand, Myanmar, and Peru. This year alone, we have: 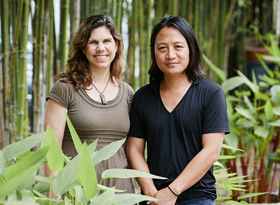 This year marks the 20th Anniversary of ERI’s fight for human rights and environmental justice – here’s to the next twenty!

The Bertha Foundation’s contribution to EarthRights International has included: