“Imbokodo: The Widows of Marikana”

The Socio-Economic Rights Institute of South Africa (SERI), partner organization of the Bertha Justice Initiative, in collaboration with Sleeping Giant Films, produced a short film entitled “Imbokodo: The Widows of Marikana”, documenting the experiences of the families of the miners killed in the struggle for a living wage at Marikana, South Africa, on 16 August 2012. SERI held a press conference together with some of the family members and widows of the deceased.

The most striking thing about the short film is its contrasts. Miners like Gadlela worked for thirty one years at the mine, but their simple request to speak with their employer saw 44 people massacred in one day in a calculated attack on a strike at Marikana. The privileged, vociferous police attorneys defended their clients by attempting to gag the already silenced and impoverished widows and the miners too dead to explain that they were tactically manoeuvred to their demise. The simplicity of the miners’ request to speak with their employer versus a seemingly complex tactical operation that saw 34 people massacred in one day. At a strike. In South Africa. The monolith mining company and the well-resourced Commission of Inquiry considered every request excessive; the miners wanted too much money and their widows demand too much support for their starving children, as well as visibility at the Commission, acknowledgement of their pain and truth from the police and government. These glaring contrasts underscore the Commission’s selective hearing of truths with regards to what happened at Marikana. How could this group of miners, striking on foot in the open spaces of the koppie or hidden behind smaller hills, in ordinary clothing, and carrying non-projectile traditional weapons, have possibly posed a threat to automatic rifle wielding, bullet proofed officers in massive Hippos (police crowd control vehicles)?

Not all the contrasts are morbid however. Some are good. Unlike the Commission’s inquiry, the short documentary and press conference allow the miners’ widows to fully explain in their own words their experiences and losses. The clear-eyed, articulate widows do not seem to cry as much now as they did then. Speaking in the film, they refute depictions of the miners as crazed police murderers and unreasonable employees; Mrs Zameka Nungu describes the simple joy of a wife living with her husband.

The widows and their families now take centre stage. In turn, the lawyers and legal teams seem to have faded into the background. The short paragraph at the end of the film gives firm hope to the victims of the Marikana massacre that the government will literally pay for what happened at Marikana.

SERI remains at the forefront of securing justice for the families of the deceased miners, having instituted civil claims against the police for the losses suffered by the families, represented the families before the Commission and instituted proceedings to compel the President to give a date for when he would release the Commission report after the families found the wait unbearable. Earlier this year, SERI also hosted, in collaboration with the History Workshop, a convening entitled “Commissioning the Present: Marikana and its aftermath”, helping to facilitate conversations between those involved in the Commission, academics and the miners’ families.

The film was funded by the Bertha Foundation Media Impact Opportunity Fund. 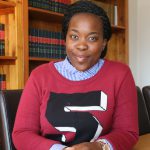