A Worldwide Fight Against Impunity

The briefs were filed in a case against the UN in Federal Court in New York brought by the Bertha Justice Initiative members Bureau des Avocats Internationaux (BAI) in Haiti and the U.S.–based Institute for Justice & Democracy in Haiti (IJDH).

The UN, arguably the most powerful force in Haiti, refuses to accept legal responsibility for the harm caused to cholera victims, a group mostly consisting of poor Haitians from both rural and urban communities. The briefs, however, represent the broad network of support, which stands behind Haitian cholera victims and intend to show the court that the victims have both legal and moral rights on their side. Together, the briefs provide a chorus of independent and authoritative voices, which demand justice for the victims despite the inter-governmental organization’s refusal to accept legal responsibility. These briefs join a host of people and organizations that have called for the UN to be accountable for its cholera epidemic in Haiti, including UN human rights experts, members of the U.S. Congress, editorial boards, and legal groups. The UN claims that it is doing everything it can to fight the epidemic but the organization’s cholera response plan, first announced in 2012, is only 9% funded.

A brief written by CCR and signed by twenty-four human and civil rights organizations from thirteen countries—including seven Bertha legal partners—explains that the UN, which was created by international law and is bound by it, cannot legally avoid its obligation to provide Haiti’s cholera victims a right to a remedy for the harms they suffered. Another brief from European Law Scholars and Practitioners, endorsed by the ECCHR, argues that the cholera victims have a fundamental right to remedy and the UN’s use of immunity effectively violates that right.

Bertha Network members’ support on the amicus briefs reflects the fact that the cholera litigation is complementary to anti-immunity and anti-impunity work done by other members worldwide. Filipino amicus, CenterLaw, has called for the prosecution of a U.S. soldier who murdered a trans-woman despite the immunity granted to U.S. troops. CCR has been fighting for the U.S. government’s accountability for use of drones in foreign countries after the death of three U.S. citizens in Yemen due to drone warfare. ECCHR continues to focus on grave human rights violations committed by the USA, the UK and their allies in the course of countering terrorism. Our other Bertha partners’ amici—including Foundation for Fundamental Rights, Human Rights Law Network, Palestinian Center for Human Rights, Proyecto de Derechos Economicos, Sociales y Culturales, Socio-Economic Rights Institute of South Africa—continue to play active roles in holding governmental bodies as well as individuals accountable. These fights for accountability embrace the general message that no perpetrator—governmental bodies and individuals alike—is above the rule of law. BAI and IJDH are inspired and proud to be in such company.

In 2011, five thousand people who were infected or who lost family members to cholera filed complaints directly to the UN, with the help of the BAI and IJDH. The UN rejected these claims as “not receivable.” While the UN does not seriously contest that it brought cholera to Haiti or that it has a moral responsibility to the victims, it has steadfastly refused to accept that any forum can hear the victims’ claims. This lack of accountability sets a dangerous precedent for the multinational organization, which currently operates peacekeeping missions in sixteen countries.

Cholera was introduced to Haiti in October 2010 by UN troops in Haiti. Prior to this outbreak, there had been no reports of cholera on the island in the last century. Medical experts and science professionals later determined the epidemic began when UN Nepalese peacekeepers stationed in the village of Meille improperly discharged contaminated human waste into Haiti’s largest river system, the Artibonite River. The explosive epidemic quickly depleted the country’s dilapidated medical resources and spread across the country’s ten departments. Cholera has claimed the lives of over 8,000 Haitians and has infected at least 700,000.

Advocates for the cholera victims filed a lawsuit in the federal court in Southern District of New York in October 2013. The central question of the lawsuit was whether the UN enjoyed immunity on the basis of Section 2 of the Convention on the Privileges and Immunities of the United Nations (CPIUN). While Section 2 of the CPIUN does grant immunity to the UN, Section 29 of the same treaty also requires that the UN to develop procedures to settle private law disputes. The presiding judge, Judge Paul Oetken, was engaged with the issues at oral argument and markedly concerned that cholera victims are presently left with no recourse to justice. IJDH presented a robust argument, which focused on the critical issue that UN immunity provided in Section 2 of the CPIUN is conditional on the provision of alternative modes of dispute settlement required in Section 29. Judge Oetken, however, felt bound by Second Circuit precedent from Brzak, which provided complete immunity for the UN unless the powerful international organization grants an express waiver. He ultimately held that the UN enjoyed immunity on the basis of Section 2.

The UN could use its resources to eradicate cholera but instead it has used its immunity as a shield to avoid a hearing on the merits of the cholera victims’ case. In the meantime, it has spent more money on military activities—in a country that has not had a recognized international or internal armed conflict in any of our lifetimes— than what a nationwide, comprehensive water and sewer system would cost.

Cholera victims and their advocates understand the need for UN immunity in certain cases but this use of broad unquestioned immunity has left them with no means to obtain reparations or even to be heard. Consequently, UN immunity in the Second Circuit presents a legal obstacle to having justice take its course. Since the UN has not been held legally accountable for this deadly epidemic, the UN is free to act with impunity, in Haiti and elsewhere.

Concerns about UN impunity in Haiti expanded further last month, when a UN report emerged examining sexual exploitation and abuse (SEA) in UN peacekeeping missions across the globe. Haiti was noted as one of four peacekeeping missions where SEA occurs systemically. In particular, the report reveals a prevalence of “transactional sex” in Haiti, in which peacekeepers procure sex from victims—most of them being desperately poor people—in exchange for goods, often to provide for basic necessities. The report cites interviews with 231 people in Haiti who reported having had transactional sex with UN peacekeepers. Despite a professed zero-tolerance policy for sexual exploitation and abuse within the UN, the report notes that victims have nowhere to seek remedies. Just as with the victims of cholera, the victims of SEA have scant avenues to receive remedies or assistance, which leaves them out in the cold and grants the perpetrators with impunity for their crimes.

Now that all of the victims’ supporting briefs have been filed in the cholera appeal, it remains to be seen whether the Second Circuit Court will enforce any limits on UN impunity. The court should render a decision within six months to a year. In the meantime, BAI and IJDH along with our Bertha partners amici continue to ensure all perpetrators are held accountable to the rule of law. Moreover, we look forward to working with all of our partners to continue to act as advocates for those whom the law has left behind. 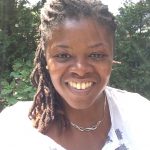 Rodline Louijeune is a student at Boston College Law School. She is currently an Ella Baker Legal Fellow at the Institute of Justice & Democracy in Haiti.