After 22 years of democracy, South Africa’s young people have reached a crossroads. The dream of an equal, free and just society promised with the fall of apartheid is far from realized. Even though South Africa’s Constitution is an inspiration to the world, millions remain jobless and landless, living without access to essential services like sanitation or education that enable a dignified life.

With inequality still so acute, and with failures of leadership and accountability at the highest levels of government, there is an increasing need for a new generation of young leaders to respond to these challenges by strengthening contemporary social movements. To succeed, they must harness lessons from past struggles and grasp the dynamics that shape domestic and international politics today. A promising vision – but how can this be achieved?

With support from the Bertha Foundation, in April and July 2015 a pilot program was developed in collaboration with leaders from the social movement Equal Education.

While engaging in an inter-generational conversation about South Africa’s long history of dispossession, exploitation and resistance, the participants drew on a range of historical and theoretical readings, as well as documentaries.

During the first week, the group traversed centuries of South African history from its earliest inhabitants to the downfall of apartheid, discussing topics such as slavery and colonial dispossession, passive and armed resistance, Black Consciousness, the building of the Independent Trade Union Movement, the United Democratic Front and the complexities of the transition to democracy.

Part Two of the program brought the discussion up-to-date, widening the inquiry into the nature of the post-apartheid state, and exploring the opportunities for activism embedded in the Constitution. The course concluded with a session geared towards helping activists better understand the triple crises of poverty, inequality and unemployment.

The pilot program informed the establishment of the Tshisimani Centre for Activist Education, now in its third month of existence. Situated in Mowbray, Cape Town, it aims to strengthen the capabilities of worker, student and community activists who are committed to eradicating racism, poverty and inequality in the pursuit of a just society both in South Africa and internationally. Tshisimani will offer full-time, year-round training programs providing structured and reflective learning to complement the organizational experience of social justice activists.

Tshisimani’s staff of educators and activists have already begun to engage with a range of organizations and movements. A program of weekly seminars – which includes documentary film screenings and a residential course – is already well underway. 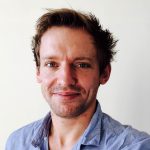