The Encounters South African International Documentary Festival (Encounters) is the oldest festival on the African continent solely dedicated to the genre.  The core objectives of the festival are to develop audiences and encourage film literacy for creative documentary cinema; create opportunities, both financial and capacity-building, for filmmakers across the continent; and promote documentary as a tool for social change through the encouragement of discussion, debate, and the creation of the Festival as a democratic space.  Bertha has been supporting Encounters since 2013.

The 19th edition of the Encounters South African International Documentary Festival was held from 1 – 11 June 2017 in Cape Town and Johannesburg. Over the course of 10 days, Encounters presented 73 documentaries (feature and shorts) alongside a comprehensive Industry & Training programme, a virtual reality and interactive exhibition, and other events. Importantly, Encounters expanded to include cinema spaces in the townships of Alexandra and at the Bertha Movie House in Khayelitsha for the first time.

The Festival opened with Aliki Saragas’ hard-hitting and much-anticipated debut, Strike a Rock, which was supported by the Bertha Film Fund and the IDFA Bertha Fund. Charting the story of the extraordinary women working for political change after the fallout of the Marikana Massacre, the film is a vital and timely addition to the public discourse on Marikana. Saragas was joined by Primrose Sonti and Thumake Magwangqana of the Sikhala Sonke activist group, who shared their powerful stories with the sold out audience.

As film critic Jonathan Romney wrote earlier in the year, “…the current horrors of a changing world will provide the cultural sphere cues to rethink its rationale and sense of purpose.” Indeed, the choice of opening night film for the Festival set a decidedly political and challenging tone for the rest of the films that comprised the Encounters selection which sought in many ways to reflect, refract and grapple with the complexities of our local and global condition. Rooted in the themes of social justice and broad-ranging in stylistic form and approach, the programme offered amongst others, new work from Dieudo Hamadi’s Mama Colonel, a documentary supported by the IDFA Bertha Fund that follows the head of the DRC’s unit for the protection of women and children; Yance Ford’s masterpiece Strong Island supported by the Bertha Film Fund, which chronicles the arc of his family from the racial segregation of the Jim Crow South to the promise of New York City; and the incendiary Whose Streets? by Damon Davis & Sabaah Folayan supported by the Bertha Doc Society Journalism Fund, which shows the Ferguson uprising from the perspective of the activists who lead this movement for justice in the US. The attendance of these directors at the Festival afforded audiences the opportunity for debate and discussion across a range of issues – underlining the festival as a vibrant, productive space for the sharing of ideas.

As ever, South African documentaries, formed the core of the selection and none resonated more than Winnie by Pascale Lamche, (also supported by the Bertha Film Fund), which considers the life of Winnie Madikizela Mandela and shows her contribution to the struggle to bring down Apartheid from the inside. The Festival was deeply honoured to host Mrs Madikizela-Mandela at the South African première of the film in Johannesburg. The event was a powerful celebration of a life and a chance for South African audiences to connect with this important legacy.

Cementing its status as the leading documentary festival on the African continent, Encounters further enhanced its industry and training programme in 2017. With 5 full days, 24 workshops and master classes, and speaking engagements with 41 film professionals, the Festival has positioned itself as a site of learning and knowledge production in the documentary landscape. One project that the Festival is particularly proud of is the recently launched Encounters Rough Cut Lab. This targets films in the advanced stages of production cycle where access to industry advice and feedback can prove invaluable to shaping the success of documentary films.  The Lab saw three director & editor teams attend the 3-day workshop and receive expert mentorship from South African editors.

Since 2016, Encounters has re-imagined its festival design, honouring its core commitment to the traditional creative documentary form, whilst creating new platforms that allow audiences to discover other innovative, immersive forms of creative non-fiction. Virtual Encounters, the Festival’s Virtual Reality and Interactive exhibition platform enjoyed a successful second edition in 2017. Curated by Ingrid Kopp (from fellow Bertha grantee Electric South, Tribeca), Virtual Encounters was held in both Cape Town and Johannesburg, making it the first such New Media event run on a national scale in South Africa. The exhibition was free to the public, and was held at the Goethe-Institut in Johannesburg and the Cape Town Central Library. These locations ensured the accessibility of the exhibition with many young learners attending and engaging with VR and interactive docs for the first time.

The twin goals of creating inclusive and accessible opportunities and attracting younger audiences to the medium of documentary remained at the heart of the Festival’s vision.

2017 heralded an important new cinema partnership with the Bertha Movie House at the Isivivana Centre in Khayelitsha. This partnership saw a full festival screening schedule presented in Khayelitsha, which included Q&A sessions with local and international guests, for the very first time. In addition, the Festival launched the Encounters Youth Experience, a comprehensive screening and workshop programme aiming to introduce the documentary genre to younger audiences. These screenings and events took place at the Bertha Movie House with invited films and directors from the South African selection. 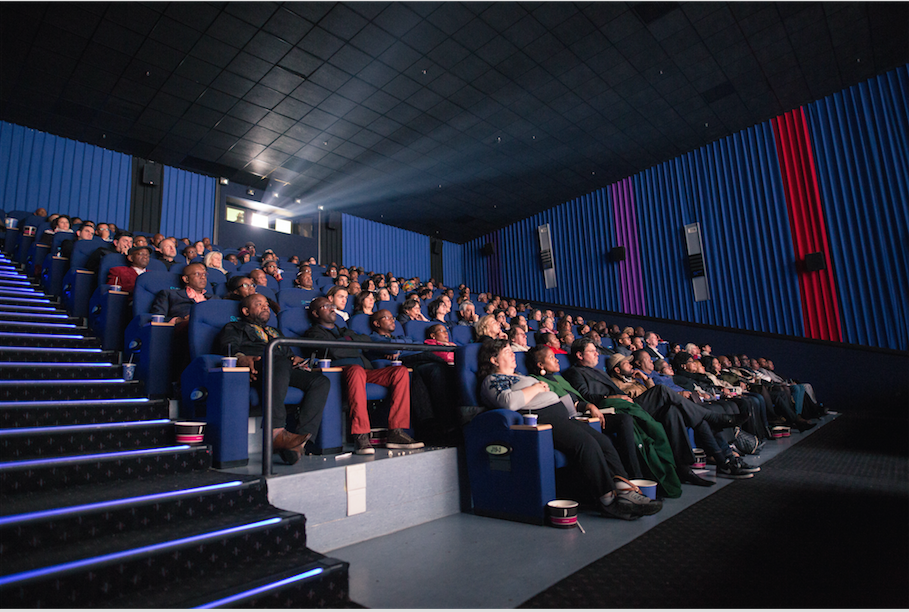 The South African premiere of Winnie

Encounters once again proved resonant with both audiences and film professionals. Through its innovative programming and strategic partnerships, the Festival seeks to adopt a proactive approach to the development of audiences and the creation of opportunities for filmmakers. Next year will be significant with the 20th edition of the Festival, and we look forward to celebrating this important milestone. 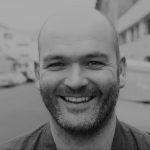