While 2017 was still fresh, and with support from Bertha’s Impact Opportunity Fund, Reprieve organized a two-day event at the University of Oxford, bringing together people from around the world to brainstorm ideas on how to uncover and challenge the Kill List.

Every Tuesday under President Obama, US officials, including the President, gathered in the Oval Office and decided whom to kill that week. These targets comprised part of a Kill List, drawn up by the US military and intelligence agencies. With allies such as the UK playing key facilitating roles, the people on the Kill List were targeted and killed by drones.

Those on the Kill List are people the US Government deems to be threats, based on often unreliable intelligence. Instead of arresting them and giving them a fair trial in accordance with the US’ commitment to the Rule of Law, the US subjects them to summary execution. This abuse is the reason we gathered in January, to help build a coalition to challenge this unjust practice.

The event brought together lawyers (including those from Bertha Justice Network organizations the European Center for Constitutional and Human Rights/ECCHR and the Foundation for Fundamental Rights/FFR), journalists, academics, former soldiers and artists. One purpose of the event was to raise awareness of the Kill List amongst these actors. While the drone program has gradually come out of the shadows, thanks to the work of FFR and Reprieve, the existence and use of a Kill List is still relatively unknown. The other aim of the event was to think together about ways we can convince the US and its allies that killing people, under the belief this will prevent the killing of other people, is immoral, counterproductive, and unlawful.

We all agreed that it will take a combined effort on all our parts to make the US and UK governments budge. It will take a combination of litigation, stories in the media, and advocacy in legislatures to put sufficient pressure on the US government and its allies to succeed.

Personally, I found the session on the role of art in this collective effort, led by the artists, to be the most inspiring. During the discussion, everyone pitched in ideas. Most of the lawyers (myself included) caveated their thoughts with statements such as “I’m not an artist” or “I’m not artsy.” One of the panellists, exasperated by our modesty, said: “You have your words. That is art.”

The event could not have been more timely. Trump was still President-Elect then. It would be 14 days till he would became the most powerful man in the world and 22 days before the first counter-terror raid he ordered led to the death of scores of civilians, including an 8 year old girl, an 80 year old tribal elder and a newborn child, in Yemen. The deadly raid comes in the wake of statements Trump made during the campaign, calling for the death of families of terror suspects.

The event allowed us to strategize and regroup in the wake of Trump’s victory. Now there is much to be done.

First, we must investigate. Faced with the secrecy of the US and UK governments, we must present the public with the true version of events. Sometimes this takes us and our partners as close as we can to where the drones strike – in contrast with the Americans, who are content to bomb and raid, but who cite security concerns to justify not investigating civilian casualties.

Second, we litigate. The courts are a bulwark against executive abuses. Trump is quickly learning that being President does not mean he can do whatever he wants. This, we hope, will extend to the assassinations he carries out in foreign countries.

Lastly, we rally all our allies. It will take the combined might of all those who are opposed to such transgressions to bring them to an end. 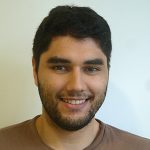