At Guantánamo, Fahd Ghazy, is nameless. He is known only by his internment serial number, 026. That number was assigned to Fahd in 2002, shortly after he was picked up by Pakistani police and turned over to the U.S. military. Fahd was then shackled, hooded, and flown to the prison camp at Guantánamo Bay. He was just 17 years old at the time.

One of many pernicious myths about the men detained at Guantánamo is that they were all captured on the battlefield by U.S. forces and sent to the prison in order to neutralize the threat they allegedly posed. Nothing could be further from the truth. The vast majority of Guantánamo detainees were ensnared in a slipshod bounty-system in which the U.S. military paid handsome cash rewards to locals for turning over anyone who seemed out-of-place. In other instances, they were simply handed over by local police forces. Many vulnerable young men and boys were ensnared in the process. Fahd is one of those unfortunate souls.

Thirteen years later, Fahd still languishes at Guantánamo. He is nearly 31 years old. Fahd has never been charged with a crime or tried. He never will be. He was cleared for release twice; first, by President Bush in 2007, then, by the Obama administration in 2009 with unanimous agreement from the Departments of Defense and Homeland Security, the Joint Chiefs of Staff, and every other prominent U.S. national security agency.

Fahd remains trapped at Guantánamo because of a failure of all three branches of the U.S. government. Currently, more than half of all Guantánamo prisoners are from Yemen. And more than half of the men who have been cleared are from Yemen. This shameful scenario is the result of the Obama administration’s lack of political will. For years, it has calculated that instability in Yemen would expose the president to political backlash if he repatriated Fahd or any of his fellow Yemeni prisoners. That is why President Obama instituted a self-imposed moratorium on all transfers to Yemen in early 2010. He did not lift the ban until the height of the mass hunger strike in 2013.

U.S. courts and the legislative branch have likewise obstructed plans to finally shutter the prison at Guantánamo. Near absolute deference to government evidence and other procedural irregularities make it essentially impossible for Fahd to win his freedom in court. For its part, Congress continues to go out of its way to block progress, most recently by using the tragic events in Paris as a new justification for an old plan to halt all transfers and keep Guantánamo open indefinitely. As a result, Fahd continues to wait, day after day, for the government to act on its own judgment that he should be freed.

The Center for Constitutional Rights (CCR) has been at the forefront of the effort to end indefinite detention and close Guantánamo almost since the prison opened. We felt the impasse keeping Fahd trapped at the prison called for an innovative advocacy strategy. Fahd is a remarkable individual, intelligent and gentle, with tremendous potential to rebuild his life even after more than a decade at Guantánamo. I have always felt that if I could introduce the general public to Fahd, his plight, and his aspirations, the pressure to release him would be overwhelming. However, detention at Guantánamo is predicated on secrecy. To this day, the primary allegations against Fahd, paper-thin though they are, remain under classified seal. Everything Fahd says to me during a meeting, no matter how benign, is presumptively secret until a government censor clears it for public use. And, of course, Fahd cannot appear on camera, tape-record an interview or otherwise interact with the outside world directly. Introducing Fahd to the general public therefore, was a significant strategic and logistical challenge.

With tireless support from the Bertha Foundation and the New Media Advocacy Project, CCR settled on a strategy of documenting Fahd’s story through film from the perspective of his family and loved-ones in Yemen, those who know him the best and who suffer his absence the most.

After several calls and trips to Guantánamo to consult Fahd and months of scripting and planning with NMAP, my colleague, Ibraham Qatabi, and I traveled to Yemen in December of 2013. We met Fahd’s family in Bayt Ghazy, an idyllic agrarian community tucked amid the jagged mountain ranges near Sana’a. We spent ten days with Fahd’s brothers, mother, and his beloved daughter, Hafsa, collecting footage for what would become the film “Waiting for Fahd: One Family’s Hope for Life Beyond Guantánamo.”

“Waiting for Fahd” depicts a rarely seen story about Guantánamo, one that reveals the human toll indefinite detention takes on both the prisoners and their families. In describing their sorrows, favorite memories, and what they imagine it would feel like to embrace Fahd again, his family succeeds in breaking down the barriers that make it possible for so many to turn away from the tragedy playing out at Guantánamo.

The power of Fahd’s story and his family’s longing is reflected in the wonderful reception the film has received. Thus far over 21,000 people have watched it online, Fahd’s personal appeal has been translated into four languages, and scores of supporters have attended CCR’s public screenings.

Sharing Fahd’s story can help speed up his release. Decision-makers in the U.S. government who control Fahd’s fate need to know that it is not just Fahd who is waiting anymore, but the public at large, too – waiting for this administration to do what is right. Sharing “Waiting for Fahd” with friends, family, colleagues – anyone you think might be moved to care more about what has happened at Guantánamo and what continues to happen there – is not just raising awareness, it is raising your voice.

On behalf of CCR, thank you to the Bertha Foundation and NMAP for standing with Fahd. 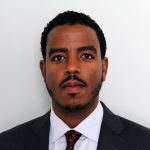