Bertha Foundation believes that law and media in combination can advance the struggle for social justice. To this end, Bertha Foundation brings together lawyers - from its network of 16 public interest law centers around the world - to work with storytellers.

To facilitate using the power of media to support legal campaigns, Bertha awarded a grant to NMAP to create video content that amplifies the work of lawyers in the Bertha Justice Network.

Bertha Foundation supports activists, storytellers and lawyers working to bring about human rights for all and we believe that social change can happen effectively when these groups and individuals come together to work on a common issue. We call this our Theory of Change.

To this end, Bertha Foundation brings together lawyers - from our network of 16 public interest law centers around the world - to work with storytellers. Aiming to facilitate the power of media to support legal campaigns, Bertha awarded a grant to NMAP to create video content that amplifies the work of lawyers in the Bertha Justice Network.

NMAP advances human rights by merging law with multimedia storytelling to bring the voices of people who have suffered violations into the halls of power. In partnership with human rights defenders, they produce tactical, audience-focused videos designed to win cases and campaigns, influence policy, mobilize communities and make the language of policy and law more accessible.


Bertha Justice Network organizations were invited to apply to collaborate with NMAP, proposing a specific case or issue where a video could advance their work.  NMAP and Bertha staff then used their combined knowledge and experience to assess the potential and determine which legal campaigns could most benefit from a coupled media strategy.


“I remember the first time we met with NMAP, we started to see the incredible opportunity in connecting them with the human rights law centers in our network who were in need of new creative ways to support the legal cases and campaigns they were working on. What if video could help bring their clients’ own voices to the forefront? What might that mean for cases and campaigns? How else might video complement the work of these lawyers? This was exciting to us - starting to enact the Bertha theory of change in practice!"

Since the opening of Guantánamo Bay detention camp in 2002 CCR have been at the forefront of the legal battle against indefinite detention and torture at Guantánamo, representing many current and former detainees and working towards securing their freedom and closing the prison.

The short film Waiting for Fahd tells the story of CCR client Fahd Ghazy, a Yemeni national unlawfully detained at Guantánamo since 2002 when he was 17-years-old.

Through interviews with his family in Yemen, Waiting for Fahd paints a vivid portrait of the life that awaits a man who, despite being twice cleared for release, continues to languish at Guantánamo - denied his home, his livelihood, and his loved ones because of his nationality.

PROJECT GOALS DEVELOPED TOGETHER BY CCR AND NMAP:

As a result of the broader campaign, Fahd was released in early 2016 after spending 14 years imprisoned.

The success of the project led to a new collaboration between NMAP and CCR to draw attention to the issue of solitary confinement. This focused on a case brought on behalf of prisoners who had spent a decade or longer in solitary confinement at California’s Pelican Bay State Prison. CCR was successful: the case settled, ending indeterminate solitary confinement in California and dramatically reducing the number of people in isolation. You can watch the video here.

"A good indication of the success of the film is that when subsequent releases were announced, people would ask, ‘Why wasn’t Fahd one of them?’ That kind of personal investment is the thing that has been missing from Guantánamo advocacy ever since the prison opened. People care about the issue, but don’t really care about the people there. At the very outset we made a difficult choice of identifying this particular story as the best vehicle for showing that there were many more men like Fahd. It’s the kind of tool that really advances the cause for all the prisoners."

BAI and IJDH are a partnership of Haitian and U.S. human rights advocates, supporting the Haitian people in their grassroots struggle for a just system of law, social justice, a democratic government and a society without violence. Together they work in partnership with grassroots movements to transform the structural injustices that stand in the way of stability and prosperity for the majority of Haitians.

This film advocates for the greater use of expert testimony in Haitian courts. Testimony from medical and psychological experts is particularly important in cases of gender-based violence to help avoid the risk of re-traumatization of victims when testifying, and to prevent a potential denial of justice. While the video is primarily intended for Haitian judges, prosecutors and lawyers, the message is universal: expert testimony is vital for all criminal trials, especially in the case of rape. 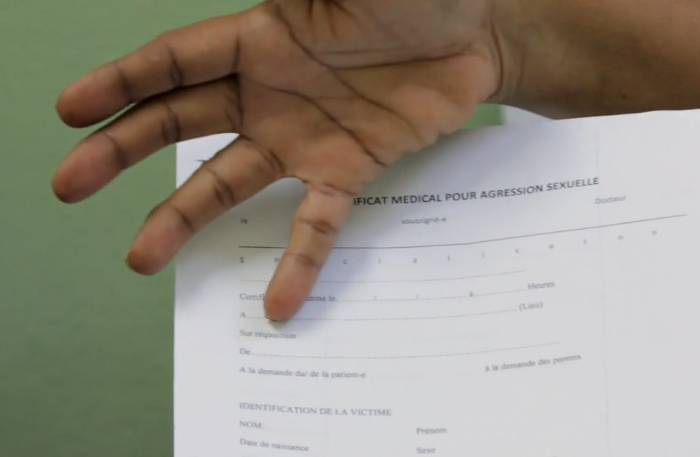 PROJECT GOALS DEVELOPED TOGETHER BY NMAP, BAI AND IJDH:

"The film skillfully stimulates discussions among students and professionals from the legal and medical communities about the justice system's treatment of rape survivors. These discussions are transforming the professionals' approach to rape victims and their cases."

Brian Concannon
Director, Institute for Justice and Democracy in Haiti

The Struggle for Quality Infrastructure in South African Schools

The Equal Education Law Centre (EELC) is a public interest law clinic dedicated to advancing access to equal and quality education in South Africa. The EELC engages in movement lawyering in support of Equal Education (EE), a membership-based movement of predominantly high school learners, as well as parents and teachers; community lawyering with individual and community-based clients across South Africa; and research and advocacy on issues impacting on education equity.

The Michael Komape Campaign:
THE STRUGGLE FOR QUALITY INFRASTRUCTURE IN SOUTH AFRICAN SCHOOLS

But having the law was just the first step. Implementation has been an ongoing struggle.  Michael Komape was a five-year-old primary school learner who died when he fell into a toilet pit at his school in 2014. His death was a tragic reminder of the urgency of improving school infrastructure, including sanitation. 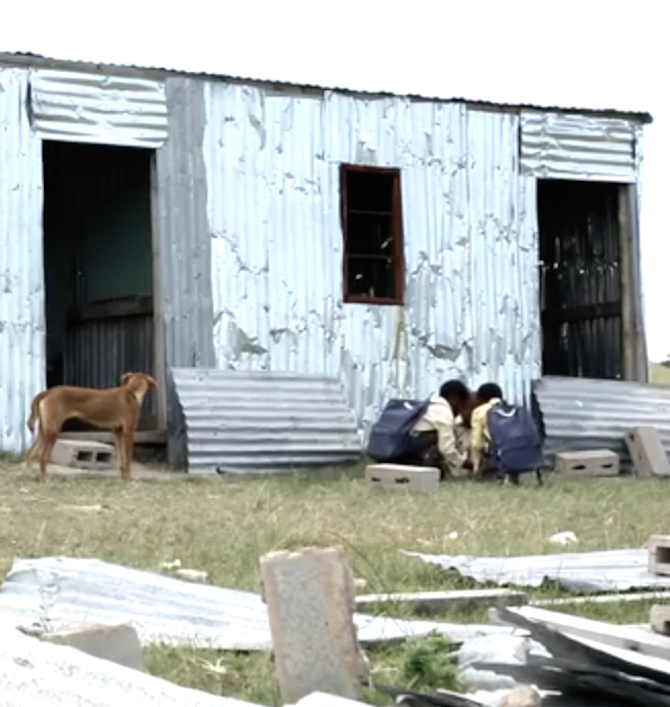 Since November 2016, all schools in the country have been required to have running water, basic sanitation, electricity and no schools can be built entirely from wood, mud, metal or asbestos.

To ensure Equal Education can inform communities of the existence of this law and their ability to hold the government accountable, the NMAP team created a video that documents the poor conditions at schools in the Eastern Cape and captures first-person accounts from learners, teachers, principals and parents of how unsafe conditions and inadequate facilities negatively impact learning.

PROJECT GOALS DEVELOPED TOGETHER BY NMAP AND EE:

"The video has contributed significantly to our broader goal of enabling communities to understand that there are basic government standards that their schools are obliged to meet - including access to water, basic sanitation and electricity. This video includes first-person accounts from community members addressing how inadequate facilities negatively impact learning, thus serving as an important mobilizing tool."

CAJAR is a non-profit, non-governmental organization of human rights defenders in Colombia. CAJAR works to defend and promote human rights from an integrated perspective based on the indivisibility and interdependence of all rights and freedoms. They contribute to the fight against impunity and the consolidation of a democratic and participatory Social State of Law with a fair and equitable society, through fighting for political, economic, social and cultural inclusion to achieve stable and lasting peace.

This series of videos, created by NMAP in partnership with CAJAR, demonstrates how defamation campaigns are being used as a tactic to stigmatize human rights defenders and undermine their work.

NMAP also conducted capacity building trainings with CAJAR so that lawyers at the organization could learn how to better use media strategically in their legal advocacy. 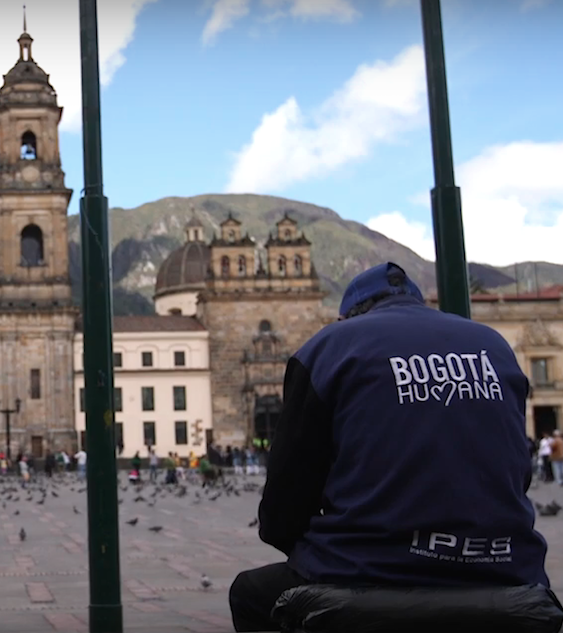 PROJECT GOALS DEVELOPED TOGETHER BY NMAP AND CAJAR:

- Reynaldo Villalba, one of CAJAR’s lawyers featured, shared the video at the at the 2017 Bertha Justice Convening as part of a discussion about the protection and security of human rights defenders. CAJAR will continue to screen the videos at conferences within Colombia and around the world to build international solidarity with other defenders.

- CAJAR’s communications team is currently in the process of ensuring that all of their lawyers have the videos on their phones so that they can share the videos with prosecutors, as well as with magistrates, via WhatsApp. Since WhatsApp is reasonably secure, free and works over a 3G signal, these videos can be shared with clients in more rural areas of Colombia.

"I learned strategies to make our activities more visible and learned actions that we can utilize with everyday tools to be more visible at a national level."

"It forced me to learn more about digital security and social media and to want to share this information with my community."

"It helped us take the painful realities of things that have happened in our communities and approach them in a hopeful way."

Comments from participants of the CAJAR NMAP training in Colombia

Through these case studies, and the other Bertha-supported collaborations between NMAP and Bertha Justice Partners, the crucial role that storytelling can play in increasing the reach and impact of legal campaigns is palpable. By bringing cases to life through first-hand storytelling, stimulating public action and educating the public on legal matters that directly affect lives, each campaign has been significantly strengthened by the power that moving images offer. As such, these collaborations enabled by Bertha Foundation effectively demonstrate Bertha’s Theory of Change - that if given the resources to connect and work together, the combined power of storytellers, activists and lawyers can create a deeper and longer lasting impact than might be possible in working towards similar issues separately.


"The process of working with NMAP to bring the power of storytelling to our legal partners has taught us many lessons. This includes, but is not limited to, the variety of ways film can serve as a tool in support of furthering a legal case or campaign. We have seen that this can be via a discreet project for a particular advocacy purpose behind closed doors, an evidence presentation for court, or one piece of a larger campaign. This is in addition to supporting litigation or community mobilization, rights education, etc. For all of these, cultural context, legal complexities and safety and security need to be taken into account. To be best placed for success, strategic roadmaps were created with a clear strategy for what specific role a video could play, who the target audiences would be and how it would be used to connect back to the original advocacy goal. In most cases, just making it clear to people what is possible with video was an important first step.“