Alejandra Muñoz Valdez, Be Just Fellow at the European Center for Constitutional and Human Rights in Berlin
January 19, 2017
https://berthafoundation.org/malaya-lolas-road-justice/

In November 2016, with support from Bertha’s Impact Opportunity Fund, delegations from two Bertha Justice Initiative Network partners, the Berlin-based European Center for Constitutional and Human Rights (ECCHR) and the Center for International Law, Manila (CenterLaw), travelled to Geneva to seek UN support on behalf of Filipina survivors of rape and sexual slavery committed during the Second World War.

At a public evening event on the 10th of November, kindly hosted by the Right Livelihood Award Foundation, ECCHR and CenterLaw presented the submission of an individual complaint to the UN Special Rapporteurs on Violence Against Women and on Contemporary Forms of Slavery. The complaint describes the ongoing denial of justice faced by a group of Filipina survivors of Japan’s military sexual slavery system established in the Philippines during the Second World War. The survivors call themselves the Malaya Lolas (“Free Grandmothers”) and have been seeking reparations from the Japanese government since the 1990s for the atrocities they suffered.

Their president, 84-year old Isabelita Vinuya (Lola Isabelita), delivered a powerful and emotional sung testimony describing what happened to her and the other Lolas when Japanese troops invaded the village of Mapanique, Candaba on 23 November 1944. After torturing and killing many inhabitants, the soldiers forced the women and girls of the village, some of whom were only eight or nine years old at the time, to march towards the “Bahay Na Pula” (Red House), the Japanese headquarters. Upon arrival, they were detained and beaten, raped, and abused by Japanese soldiers over a period of weeks. Sexual slavery facilities like the Bahay Na Pula were established all over the Philippines as well as in other countries occupied by Japan during the Second World War, a systematic practice often euphemistically referred to as the “comfort women” system. Thousands of women in Korea, the Philippines, Indonesia, China, Japan, Malaysia, Taiwan, Vietnam, Thailand, East Timor, and other Japanese-occupied territories were subjected to this brutal ordeal.

Inspired by their Korean fellow survivors who found the courage to speak out about what happened to them, the Malaya Lolas started voicing their demands for justice. They first sought reparations from the Japanese government directly. The Japanese courts, however, ruled that individuals do not have the legal personality to sue under international law, and that any claim for compensation should be espoused by the Philippines. The Malaya Lolas then turned to their own government for support to bring a claim against Japan. In 2004, CenterLaw filed a petition on their behalf to the Philippine Supreme Court. More than five years later, the Court dismissed the petition, arguing that survivors’ individual claims for compensation had been fully waived under the San Francisco Peace Agreement, a peace treaty signed by Japan in 1951 with the Allied powers and states of the Asia Pacific, including the Philippines. The Court further noted that, in any case, the Asian Women’s Fund (AWF) – a fund created by the Japanese government consisting of money from Japanese corporations and private individuals – already provided for sufficient compensation. The Supreme Court decision sparked massive controversy after it emerged that the Court’s reasoning was full of plagiarized passages. Subsequent requests for reconsideration filed by CenterLaw and a petitioner-in-intervention by ECCHR, stressing the Malaya Lolas’ right to compensation under international law, were similarly denied by the Supreme Court.

To this date, Philippine officials refuse to file a claim against Japan, in spite of findings from the symbolic Women’s International War Crimes Tribunal and several UN Special Rapporteurs that the agreement reached under the San Francisco Peace Treaty had no power to waive individual claims, and that money from private funds cannot be accepted as an adequate mechanism of compensation for harms inflicted by the state.

The complaint submitted by ECCHR and CenterLaw to the UN Special Rapporteurs describes how the crimes suffered by the Malaya Lolas as well as their ongoing denial of justice have been marked by an underlying gender discrimination. While concerning crimes that happened many decades ago, the struggle of the Malaya Lolas has been emblematic for so many other cases of violence against women in wartime where high levels of impunity continue to persist.

More than 70 years after the atrocities, many of the Malaya Lolas have passed away without having had the opportunity to see justice in their lifetimes. The few who remain, however, continue to fight to have their claims heard. With the support of the Bertha Foundation, their president and lead petitioner before the Supreme Court was able to travel to Geneva and speak on behalf of her fellow survivors. She explained how the compensation sought may arrive too late to improve the living situation of the Malaya Lolas themselves – who are among the poorest in Philippine society, partly resulting from the disruptive impact of the harm they suffered – but could offer their children and other family members a better life. Through the complaint, the Malaya Lolas therefore request the Special Rapporteurs to urge the Philippine government to stand by its citizens and espouse their claims for compensation against Japan. 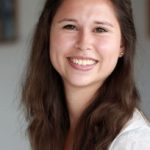 Alejandra Muñoz, Be Just Fellow at the European Center for Constitutional and Human Rights in Berlin.