Surveillance of Activists in South Africa

Last month, the Right2Know Campaign (R2K) brought out “Big Brother Exposed”, a report on the experiences of activists and unionists who have reason to believe they are being monitored by intelligence structures in South Africa. It includes the stories of unionists who say intelligence operatives tried to recruit them as informers, environmental activists who discovered that their activities were being monitored during the COP17 climate talks in 2011, community leaders who have found out that ‘concerned citizens’ on the other end of the phone were actually government agents. The report is available for download at http://bigbrother.r2k.org.za.

The report was widely circulated, debated in the media, and of course neither confirmed nor denied by the Ministry of State Security.

For some years now, activists and civic structures in South Africa have been raising concerns that their work is being monitored by intelligence structures. These reports have seldom been taken seriously and none appear to have been investigated or acted on. This report is a first attempt to take a closer look at many of these experiences, and to help other activists to detect if their work is being monitored as well. It lays the groundwork for a campaign, long overdue, to have these practices investigated, exposed, and curtailed. It may not be on the scale of the seismic shifts in the privacy landscape achieved by Snowden and others, but it’s a start.

South Africa’s spying problem may pale in comparison to the predatory practices of certain ‘Big Brother’ states. However, there seems to be a growing awareness in South Africa that our Constitution’s strong privacy protections do not always translate in policy and practice. Though South Africa’s democratic renewal in the 1990s saw a dismantling of apartheid’s state-security machinery, in recent years we’ve seen a re-emergence of increasingly powerful and unaccountable ‘securocratic’ elements in the state.

When it comes to communications surveillance, much is made of the fact that our law requires a senior judge’s warrant to tap someone’s emails, phone calls or internet. Metadata gets less protection – any judge, even at the lowest level of our court system, can issue a warrant for metadata records, which are stored for up to three years by law. South Africa also has mass surveillance capabilities – or ‘bulk interception’, to give it its gentler name – which is not regulated in law at all. And there is so little transparency built into the system that public oversight is non-existent. In short, there’s growing evidence that South Africa’s surveillance capabilities are vulnerable to abuse and have been turned against investigative journalists and people perceived to be political threats.

Unlike a police truncheon, surveillance doesn’t leave bruises or broken bones, but it can be just as destructive. Because it’s a secret abuse, surveillance is both difficult to detect and to act upon. It is also very difficult to start advocating for reforms without proof of the damage that is being done.

That’s why documenting the harm is a vital first step. In South Africa we have advised anyone who is approached by an intelligence official to start documenting the interaction as soon as possible. Take notes. Record on your phone. Report it. Inform others. Take action. Even if it takes you away from the core work of your organisation, it matters.

In South Africa, as in many societies, privacy is often treated as a ‘luxury’ when many people are still struggling struggle for bread-and-butter rights. But South African activists may soon learn a bitter lesson – that privacy is a basic political right that is central to freedom of thought, expression and association. We need to defend it with the same vigour that we’d defend all other political rights. In times of upheaval and social conflict, often driven by struggles for socio-economic rights, people’s ability to organise may be put under increasing pressure. As states begin to clamp down on activists, dissidents and other “troublemakers”, privacy is often one of the first freedoms to crumble. 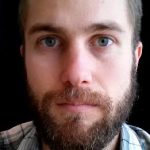 Murray Hunter convenes R2K’s work on secrecy & securitisation, which is funded by the Bertha Foundation.