Appeal to Colombia’s President for CCAJAR

We write as an international network of non-governmental human rights organizations to make an urgent appeal to ensure all necessary measures are taken to ensure the safety of lawyer Yessika Hoyos Morales and our colleagues at the José Alvear Restrepo Lawyers’ Collective (CCAJAR), a Bertha Justice Initiative partner organization. We write after numerous, ongoing incidents of harassment and persecution of CCAJAR lawyers and Ms. Hoyos, a Bertha program alumna, in particular.

We note that Ms. Hoyos is the beneficiary of protective measures from the Inter-American Commission, which obliges the Colombian state to ensure her safety. We also note the UN Basic Principles on the Role of Lawyers (1990), which provide that governments must “ensure that lawyers are able to perform all of their professional functions without intimidation, hindrance, harassment or improper interference” (Article 16) and that “[w]here the security of lawyers is threatened as a result of discharging their functions, they shall be adequately safeguarded by the authorities” (Article 17).

We write to express concern about the increasing intimidation and harassment suffered by Ms. Hoyos in relation to her work as a human rights lawyer. Ms. Hoyos leads CAJAR’s trade union  work, which includes seeking accountability and reparations for crimes committed against the trade union movement. She also represents victims of other grave human rights violations, including massacres (such as the massacre of La Sarna) and the so-called “false positives”. In recognition of this work – and out of our concern for her security and her ability to continue her legal work without interference – the Bertha Justice Initiative nominated Ms. Hoyos for the 2016

International Bar Association Award for outstanding contribution by a legal practitioner to human rights, which will be decided in September.

Ms. Hoyos is the daughter of Jorge Dario Hoyos Morales, a trade unionist murdered in March 2001 by paramilitaries and military intelligence members, who are now on trial in Colombia for this crime as a result of Ms. Hoyos’ work with CAJAR. Ms. Hoyos is also well known for her work with the victims movement after her father’s assassination: in 2014, she was selected by the Universidad Nacional and the United Nations to be part of a delegation to give testimony in Havana before representatives of the Colombian Government – FARC-EP peace process. After this, Ms. Hoyos and other victims who gave testimony received death threats.

We are particularly concerned for her safety as the next hearing in her case against Colombian intelligence official Freddy Francisco Espitia Esponosa for his role in her father’s assassination will be heard later this month.

Ms. Hoyos has suffered a pattern of harassment over many years, which have intensified with the progress of her work on this and other cases. In earlier proceedings in this case, a witness threatened her co-counsel, Mrs. Soraya Gutierez. Ms. Hoyos and Mrs. Gutierez were also subject to harassment inside the Paloquemao court building following the hearing. We appeal for urgent action to ensure her protection as the next hearing date approaches.

We refer you to the following specific, recent incidents of concern which have been brought to your attention by CAJAR but which have yet to receive any official response:

The harassment of Ms. Hoyos must also be seen in the broader context of the threats, intimidation and unlawful surveillance directed at CAJAR and her colleagues, which is outlined in their attached letter to you dated 26 February 2016.

We reiterate and support CAJAR’s request that the government take all necessary measures to protect Ms. Hoyos and stop the persecution and intimidation against her and her family. We also reiterate CAJAR’s request that the Colombian government recognize the legitimacy of the human rights work and peace-building carried out by CAJAR and ensure that Ms. Hoyos and her colleagues will be provided with the protection required to be able to continue their important work.

Chadian Association for the Promotion and Defense of Human Rights (ATPDH), Chad 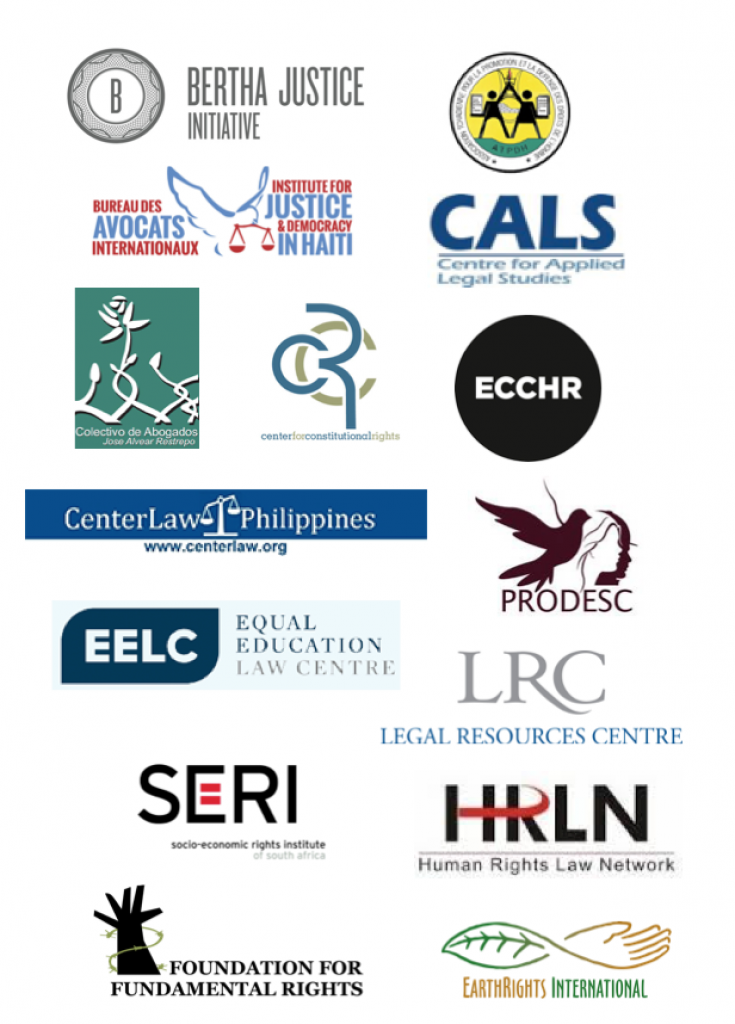