In April 2017, the latest cohort of Bertha Justice Fellows came together in South Africa to share experiences and learn from each other.

Working in countries as diverse as Pakistan, Germany, the Philippines and Colombia, to name but a few, the Fellows discovered that they had much in common. The challenges facing social justice movements in their different countries are remarkably similar, resulting from exploitation, corruption, and a mounting disrespect for fundamental rights.

The seven-day convening gave the Fellows the opportunity to learn from each other’s experience. Litigation strategies were shared and the Fellows were introduced to new ways of litigation, forcing them to think outside of the box.

This hit a real chord. Reprieve Bertha Justice Fellow, Omran Belhadi remarked that the convening “reinvigorated me and got me thinking creatively.” Bertha Justice Alumni from the Socio-Economic Rights Institute of South Africa, Zwonaka Netshifulani, similarly said that, “the most valuable thing was to hear really different ways of advancing the rights of my clients and different strategies around getting the same – or even better – results than what you’re using.”

The convening came at a particularly sensitive time in South Africa. Economic inequality is at an all-time high and allegations of large-scale corruption have left the government in severe turmoil. President Zuma is under intense pressure to resign; at the funeral of Ahmed Kathrada – a veteran of the anti-apartheid struggle who led the first cohort of Fellows around Robben Island – a letter calling for his resignation was read out and received nationwide media coverage.

Two speakers in particular offered the Fellows important insights into the current struggle for social justice in South African.

Veteran activist, Zackie Achmat, gave a rousing after-dinner speech dissecting South Africa’s political challenges and the ongoing struggle for real equality in all aspects of life. The following evening, the Fellows heard from High Court Judge Jody Kollapen, who spoke passionately about the need for justice to address the challenges faced by ordinary people. While acknowledging that these challenges were more serious now than at any moment since the fall of apartheid, he saw important opportunities in the strength of civil society and the continued functioning of the courts as a constitutional bulwark.

The parallels between these developments in South Africa and in other countries allowed the Fellows to place their work in a broader context. Bertha Justice Alumni, Shaun Bergover remarked that, “being aware of human rights struggles in other countries helps us think of strategies not just at a local level but also at a global level.”

The rise of populism and the decline in respect for the rule of law in many of their countries have made the work of the Bertha Justice Network now harder than it has been before. At the same time, their work is more important than ever, supporting grassroots movements as well as petitioning the highest national and international courts to uphold the rule of law and protect the foundations of justice. This was accentuated by the announcement, during the convening, of the appeal verdict in the trial of former Chadian dictator Hissene Habre, upholding his life sentence and awarding compensation to the victims of his brutal rule.

The one black cloud hanging over the convening was – again – the inability of the Bertha Justice Fellows at the Palestinian Center for Human Rights (PCHR) to join. The blockade imposed by Israel has turned the Gaza strip into a de facto prison. PCHR, working with other human rights organizations, has petitioned the Prosecutor at the International Criminal Court to open an investigation, alleging that the situation constitutes collective punishment of the entire population and a crime against humanity. The convening resolved to continue to support the Fellows at PCHR. 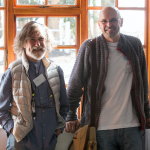